Finally getting a taste of Android Oreo is the LG G6, the last year’s flagship in its G Series from the South Korean electronics giant. 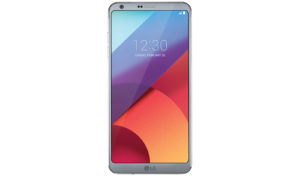 According to an announcement made in their blog post, LG announced the start of the rollout of the update would take place from the 30th April and the initial reports suggest that the update is now available to download in the company’s home country South Korea.

The update comes weeks after LG had announced the setup of a software upgrade center in Korea which had the sole focus of providing timely and stable updates for the LG devices. The move was seen as a nice effort from the company to speed up the update delivery process at a time when most manufacturers take ages to deliver the update to their consumers. The move received some praises from the tech community also.

The LG G6 showcases last year at the MWC’ 2017 was one of the first major phones to sport an 18:9 display. It is the device, along with the Galaxy S8, that seems to have fueled the industry towards adopting the 18:9 display. The G6 had a 5.7- inch QHD+ (1440×2880) display, and the company giving a branding of FullVision display. It was covered by a Corning Gorilla Glass 3. The device was powered by a Snapdragon 821 SoC and had a memory of 4GB LPDDR4 and storage configurations of 32GB and 64GB.

It had a dual camera setup on the back, the other lens being a wide angle one and both having a resolution of 13MP. The front sensor was a 100-degree wide-angle lens with a resolution of 5MP.

The Oreo Update for the LG G6 brings features like the Picture in Picture mode support, although LG’s custom ROM has had this feature since Android 4.4, better autofill API support, notification dots, and an enhanced quick settings menu.

Apart from these features, the update also improves the overall speed, graphics and screen performance and battery and device performance. Their enhancements to LG’s proprietary hi-fi LDAC music encoder also.

The update would be available to install either wirelessly via OTA or using LG Bridge on the PC.

As usual, the rollout would be in phases, and like mentioned above, it is now live in South Korea. So, it can be expected to go global in the next few weeks.