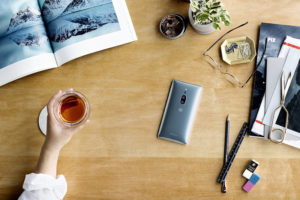 Without much fanfare, without any large media event, Sony has announced the Xperia XZ2 Premium, its latest flagship with, what many presume and the initial samples say, a camera that can dethrone Huawei P20 Pro to gain the tag of the best camera smartphone on the DxOMark rating.

The XZ Premium is a followup of the Xperia XZ2 and the XZ2 Compact, even sporting the same design language, announced by Sony in February at the MWC’ 18.

The device is a flagship one is powered by a Snapdragon 845 processor and has 6GB of RAM and 64GB of internal storage. It has a 3,540 mAh battery support for Qualcomm Quick Charge 3.0 and Qi wireless charging also. The device is IP 65/ 68 water and dust resistant and like the XZ2 lacks a headphone jack.

Up until now, this device wouldn’t seem different from other flagships like how it can stand the likes of the Galaxy S9 or the Nokia 8 Sirocco.

Let’s talk about the cameras and that’s where the things start to get interesting.

The XZ2 Premium is Sony’s first foray into the dual- camera market.

The secondary sensor in the device is a monochrome one.

The XZ2 Premium has the world’s highest ISO 12800 for video recording and 51200 for photography in a smartphone giving results which were previously possible only in interchangeable lens cameras with bright- live viewfinder. Furthermore, Sony claim that its AUBE fusion image signal processor combines data from both sensors and also helps in reducing noise and optimizing the image for low light.

Sony is terming its dual camera system as the Motion Eye Dual camera. The details captured by both the sensors are processed in real- time by the AUBE Fusion image processor. 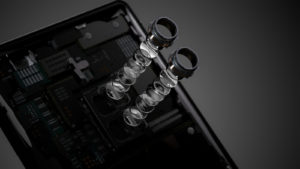 The device also has the Bokeh mode, allowing the subject to stand out by slightly defocusing the background. It also has the ability to shoot detailed black and white images using its monochrome sensor only.

The exact camera specifications are a 19MP Motion Eye main camera with f/1.8 aperture and 1/2.3” Exmor RS memory- stacked image sensor. The secondary lens is a 12MP telephoto one with f/1.6 aperture.

The front camera has also seen a bump to a 13MP f/2.0 wide-angle lens with display flash

If this has become too complicated to infer, maybe this clip uploaded by Sony would put it simply.

If this camera was not enough, Sony Xperia XZ Premium features a 4K (3840×2160) HDR LCD display with a screen size of 5.8- inch and having pixel density>700ppi which seems

like a huge improvement over the QHD panel of the Samsung S9 or the HD panel of the Huawei P20 Pro. The device is able to stream 4K HDR from Netflix and Amazon Prime Video and comes with PS4’s Remote Play capabilities also.

As of now, there is no information regarding the pricing or availability of the device.

Sony has confirmed that the device would be available globally from Summer 2018 and would ship with Android 8.0 Oreo out of the box. The XZ2 has a pricing of around 800$ so it can be expected that this device is priced around 999$.

The device would be launched in Chrome Black and Chrome Silver color with a curved glass back.

For the complete list of specifications visit the Sony XZ2 Specification Page.

Moto G5S gets a permanent price cut in India