April Security Patch rolls out for the Galaxy S8/ S8+

It’s the last week of April and Samsung has decided to roll out the security patch for the month if April 2018 for their last year’s flagship duo, the Galaxy S8, and the Galaxy S8 Plus.

The update weighs 570MB in size and contains a bunch of fixes and stability improvements and carries the build numbers G950FXXU1CRD7 for the Galaxy S8 and G955FXXU1CRD7 fir the Galaxy S8 Plus.

The Samsung Galaxy S8 duo were the 2017 flagships for the Samsung ‘Galaxy S’ series of devices. They were powered by the Snapdragon 835 SoC or Exynos 8895 SoC. The S8 was laden with 4GB of RAM and 64GB of internal storage while the S8 Plus was laden with 6GB of RAM and 128GB of storage. They were the first to sport the Infinity Display with a screen size of 5.8- inch and 6.2- inch respectively and a resolution of QHD+. The phones had IP68 water and dust resistance and were covered with a Gorilla Glass 5 on the front. The devices had a single back camera with a resolution of 12MP. The Galaxy S8 duo were also the first phones to come with Bixby, Samsung own AI assistant, which is supposed to make its debut on smart speakers this year also. 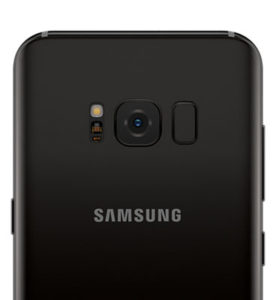 Coming back to the update, it would improve the stability of the camera, Bluetooth, and the Wi-Fi. Along with it, it has fixes for seven critical vulnerabilities in the Android OS, the notable one being a vulnerability in the Android runtime which would have enabled any remote attacker to bypass user interaction in order to gain additional permissions, and eight critical vulnerabilities affecting the Samsung’ s software. Along with it, there is slight, but minutely noticeable improvement in performance and battery life for the devices.

The update is rolling out Over the Air(OTA) and like always, the availability may vary by region and carriers.