HMD Global, the new home of Nokia smartphones is releasing a new update for its mid-range handset, the Nokia 7 Plus.

With the new update, the Nokia 7 Plus is getting the Dual-SIM VoLTE support along with Android 8.1 Oreo v2.22A build which comes bundled with the May Security Patch also.

The update is something that many users have been demanding for quite some time, because today when most of the operators are switching to or providing VoLTE services, it was kind of a disappointment to see the device with no support for it.

HMD Global’s Juho Sarvikas had due to consumer demand announced that the company would be bringing Dual- SIM VoLTE support for the device. 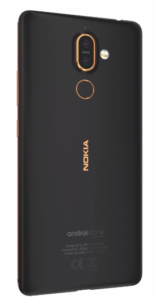 For a quick recap, the Nokia 7 Plus was released at the MEC’ 2018 by HMD Global which was followed by a launch in respective countries. The device is the first one, and as of now the only one, from HMD Global to sport the, now trendy all thanks to the LG G6, 18:9 aspect ratio. The phone had a screen size of 6 inches and a resolution of 1080×2160 FullHD+. An octa-core Snapdragon 660 powered the device and it had a memory/ storage combination of 4GB/ 64GB. The imaging is handled by two Carl Zeiss sensors on the back and a single 13MP sensor on the front, once again Carl Zeiss one. A 3,800 mAh battery powers the device, in what the company claims is enough to impart it two days’ worth of juice. On the software front, the Nokia 7 Plus is powered by Android One program, implying timely OS and security updates. 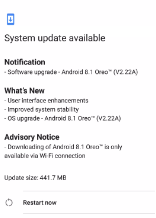 The update is some 441.7MB in size and the changelog reads

The not mentioned above, May Security Patch is also bundled with the update.

For the complete changelog of what all is patched/ fixed in the May Security Patch, check here.

The update would be available to download OTA and the availability may vary by region.