A lot of manufacturers in 2018 have started offering super slo-mo in their devices. The trend was started by Samsung when it offered a super slo-mo of 960 fps in their 2018 flagship the Samsung Galaxy S9 and the Samsung Galaxy S9+. The company highly touted the feature and became the second major OEM after Sony to offer this feature. Even a lot of their marketing of the device was revolving around this feature. Now, Huawei, the Chinese telecommunication, and mobile giant is also jumping into this, with their flagships the P20 Pro and the P20 gaining the 960fps slo-mo feature.

The P20 and the P20 Pro were unveiled by Huawei in Paris this year. The devices were unveiled to much critical acclaim. The devices even achieved the highest DxO Mark camera rating of that time, with the Huawei P20 Pro still reigning with an impressive camera score of 109. The P20 Pro also became the first mobile in the world to sport a triple lens setup at the back with one of the lenses a whopping 40 MP one. The devices were powered by Huawei’s in-house flagship SOC, the Kirin 970, with as it happens sported an NPU also, apart from the usual CPU, GPU etc. 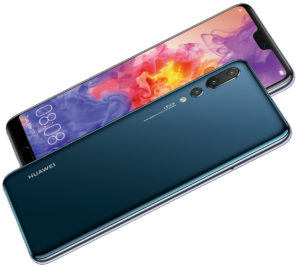 The super slo-mo is being releases in an update, which carries the build number CLT- L29C432B131. The changelog for the same features a number of improvements, though the addition of super- slo-mo is what is generating the most excitement. Huawei’s super slo-mo has copied a feature from Samsung, wherein, it starts capturing as soon as it detects some movement. Apart from the super slo-mo, the camera app’s zoom button is now placed lower on the screen, making it easily accessible.

The update also brings the June Security Patch, the details for which can be read here. The complete changelog reads:

Just like always, the update would be rolling out in phases and the global availability may vary by a few days.