Finally, the last bunch of smartphones announced by Nokia at their MWC event has made their way to India, after pre-booking has started for the Nokia 7 Plus and the Nokia 8 Sirocco. The devices were announced in India at an event earlier this month along with the Nokia 1 and Nokia 6 2018, both of which have been on sale for some time.

The Nokia 7 Plus, is HMD Global’s first smartphone with an 18:9 display. It has a Snapdragon 660 processor, 4GB of RAM, 64GB of internal storage and comes with Android Oreo Go edition, meaning an Android with almost no bloatware on top. 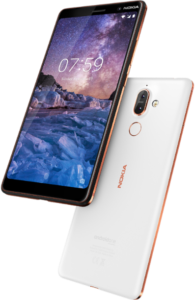 Under the Airtel Mera Pehla Smartphone initiative, the Airtel customers who decide to buy this device would be getting Rs. 2000 cashback. There is an extended subscription to the AirtelTV app also. There is a 5 percent discount for ICICI credit card holders also.

Servify is offering a complimentary 12-month accidental damage insurance, eligibility criteria of which states that opening and activating a Kodak 811 Savings account is needed.

The device would be available in black/copper and white/ copper color variants and apart from Amazon India, pre-booking can be done on the official Nokia Mobile Store, or the offline retailer partners, including Reliance, Tata Croma.

The Nokia 8 Sirocco, is a flagship device and comes with 6GB of RAM, 126G of internal storage and a Snapdragon 835 processor. It is also powered by Android Oreo Go edition, just like the other Nokia smartphones from the MWC’ 2018. 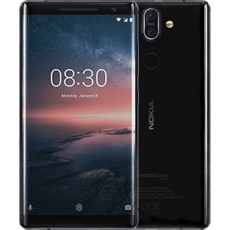 The Nokia 8 Sirocco also has a bunch of offers bundled with it. There is a maximum cashback of Rs. 19,000 when buying the device on the exchange. There is a 10% discount on ICICI Bank Credit and Debit Cards and a 5% discount on the Axis Bank Buzz Credit Card. 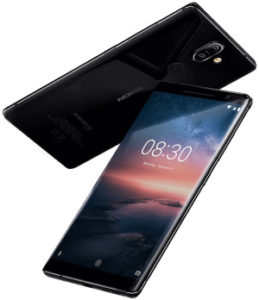 Flipkart is offering an extra 10% discount to first-time mobile buyers on fashion accessories.

Furthermore, Airtel is offering data benefits of 120GB on their network which would be provided as six vouchers with 20GB each month. It would be applicable to purchase of prepaid packs worth Rs 199 or Rs. 349. For postpaid customers, the plan goes up to Rs. 399 or Rs. 499. The minimum period for the same should be six months. There is a 25% discount on domestic hotel bookings by MakeMyTrip also.

Other than Flipkart, The device is available for pre-order on Nokia Mobile Store and offline partners and would be available in black only.

For the complete specifications of the two devices, you can read our coverage of the Nokia MWC’ 2018 event here.

You may also like:
Nokia X set for 27th April unveil