Entering into the highly competitive wearables market in India is another smart band, the HX06 Active Fitness Smartband, from the Chinese giant, Lenovo.

The HX06 is the third fitness tracker from Lenovo, the previous two being the HX03 CArdio and the 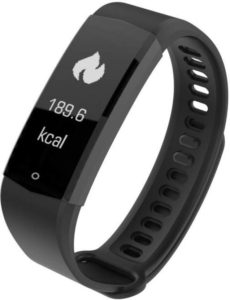 HX03F Spectra which were launched in the month of April.

The HX06 is feature laden. It packs the common features like the footstep counter, calorie counter, sleep monitor and sedentary reminder. What is unique, is that it can differentiate the different types of the activities that the user may be doing, like swimming, golf, jogging etc.
It has an anti-sleep mode also, which helps the wearer stay awake by prompting them for the same via vibrations.
There are the alarm clock and call notification functionality also.

The smart band is compatible with a wide- range of smartphones, with the requirements being Android 4,4 at least or iOS 9 or above. It makes use of Bluetooth 4.3 LE technology to pair with the smartphone.

“At Lenovo, we ensure that we provide smart devices in innovative designs that enable people to live in a new smarter technology world of fitness,” said Sebastian Peng, Head of Lenovo MBG Ecosystem.

A 0.87- inch OLED monochrome screen graces the device, which displays information such as the fitness statistics, battery status and among other things, date and time also. It weighs only 20 grams and is powered by a LiPo battery, which is enough to offer it 8 days of juice when completely charged.

The device can be bought from Flipkart for a price of Rs. 1,299.