Xiaomi Mi Mix 3 is most-anticipated smartphone right now. From few weeks, there are so many rumors and leaks coming out about the device form factor, display, and front camera setup. But Xiaomi revealed their Mi Mix 3 Teaser poster on Weibo. The Xiaomi Mi Mix 3 design and the pop-up front camera just looks like Vivo NEX series smartphones.

The poster shows a shadowed image with a pop-up camera module with a tagline of “The light of Mi”. It also shows a date of 2018.9 and that means the device will be launched in September 2018. However, it is expected to have the front LED flashlight into the front pop-up camera module. The rectangular sized curved edges seem that the device could come with a Full UltraView display with minimum bezels that can be up to 94% screen-to-body ratio. The In-Display Fingerprint Scanner will also be available. Now it will be nice to see that how faster and accurately that in-display fingerprint sensor will work… Obviously, the device will also feature 3D Face Unlock like other flagship devices. 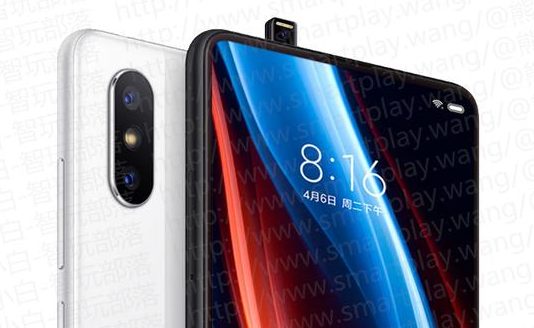 The pop-up camera module works on the motorized mechanism and the main thing is that Vivo and Oppo did this earlier. Xiaomi is getting a little bit of late as because if they will launch this device in September that means Vivo and Oppo phones are getting almost two more months to grab the flagship market globally. However, Xiaomi devices don’t have that much of online or offline stock availability so interested people can buy normally. Whereas, there is no information from TENAA and 3C certification reports about the Xiaomi Mi Mix 3 verification.

This will take few more weeks to get things clearly visible. Till then stay tuned for more info.