A few weeks after the international launch, Huawei is planning to launch the Huawei P20 and the Huawei P20 Pro in India. The devices which were showcased by Huawei at a launch event in Paris last month are making their Indian debut on the 24th of the April 2018.

The ‘Save the Date’ invites have been sent to the media. The invite also sports the tagline ‘See Mooore’ which as it happens was also the tagline for the global launch f the devices, the triple o’s denoting the triple lens back camera in the Pro version.

The P20 and the P20 are the first flagships of the company for the year 2018. These would also be the second flagship offering from Huawei to launch in India after the P9, which was released in 2016.

With the P20 and the P20 Pro Huawei has finally released which can in certain aspects stand toe-to-toe with the flagships from other Android manufacturers and a really competitive pricing in the Indian market would give the company the much-needed boost and an image makeover, after the recent fallout of the company from the American market, it needs to become one of the most lag smartphone manufacturers in the world.

The P20 and the P20 pro carry forward the notch that was popularized by the iPhone X, though in these devices the notch doesn’t seem to serve any purpose. It seems a blatant copy of Apple by Huawei. But then, Huawei has been notoriously copying Apple in the past also. Its Android skin, the EMUI seems a copy of the iOS, copying the same user interface and design theme, but far away when it comes to performance and quality.

The devices are powered by the Kirin 970 SoC Huawei’s custom SoC, which also powered their last year’s flagship offering the Huawei Mate 10. It comes with an NPU (Neural Processing Unit) which reduces the dependency on the cloud for light AI processing. 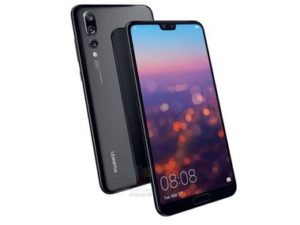 The P20 Pro’s camera is the main, if not the only, highlight of the devices, with the camera setup providing 3x optical zoom and 5x hybrid zoom along with a back camera that has a resolution of 40MP. Apart from the camera, the rest of the specs are moderate for a flagship. It has a 6.1- inch FHD+ display (a huge disappointment from the QHD found in most flagships and the 4K found in Sony), 6GB of RAM and 128GB of internal storage.

The devices are powered by Huawei’s custom EMUI based on the Android 8.1 and sport a 4,000 mAh battery.

For the complete list of specifications of the Huawei P20 and P20 Pro, read our coverage of the devices here.

As of now, there is no information regarding the pricing, though it is speculated that they would be priced at Rs 52,220 for the P20 and Rs. 72,300 for the P20 Pro, which takes them directly into the territories of Apple and Samsung.