The P20 series, Huawei’s latest flagship offerings have been announced by the company in an event held earlier today. And it is just in line with what the various speculations/ leaks had promised including the P20 Pro packing a 40MP primary sensor.

The camera is the highlight of the device, let us discuss it first

The P20 Pro packs a triple- lens camera, the first for any smartphone. The primary sensor is a 40MP one and just like the PureView technology of Nokia, it combines data from four adjacent pixels into one, generating a picture with more clarity. Huawei is calling this LightFusion, though it is nothing new, just a blunt copy of PureView. There is also the option of taking the photos at the entire resolution, though you may be left with quite a large file. There is the now usual with Huawei flagships monochrome sensor also.

The extra lens with P20 Pro is an 8- MP telephoto lens which has optical image stabilization also. This lens helps provide 3x optical zoom and 5x hybrid zoom.
The lenses on the P20 Pro have a somewhat weird placement on the back. Two have been placed, just like that on the iPhone X, the same vertical module. The third lens sits outside the module, which doesn’t look great in my opinion. It has preferred all three independent, but Huawei just like most things must have decided to take a page from Apple’s book and copy its design.

Huawei has provided Optical Image Stabilization only in the telephoto lens. The rest of the two pack what Huawei calls Artificial Intelligence Stabilization or AIS, which basically works on object recognition and tries to ensure that they stay consistent one frame to another by outlining their shapes.
The feature works at 5x zoom also, which is a bit impressive.

The autofocus department has improvements also, and it now makes use of a combination of face detection, depth information, contrast, and laser.

The onboard AI system has been improved also and would pre-select the best among the 19modes for the subject by recognizing objects and scene.

The front camera is also an impressive one, a 24MP shooter. It also packs the AI- enabled features of Huawei, like automatically choosing the best settings based on the object on focus.

Apart from the camera, the rest of the phone is not quite impressive. There is the Kirin 970 processor, Huawei’s in-house designed SoC, 128 GB of storage, 4GB/ 6GB of RAM. The 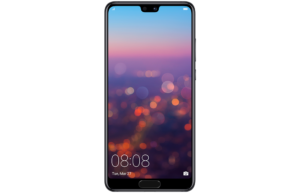 The P20 Pro has IP67 waterproofing, but it had to compensate for that with a headphone jack. (Remember Huawei’s CEO at Mate 10 Launch, we were unable to waterproof while keeping the headphone jack intact). Huawei should learn a thing or two from Samsung in this department. They are trying to overtake Samsung, but they are not even close to achieving technical superiority over them.
And if I forgot to mention, there is the notch also. Another thing from Apple’s design book. Though we have to option of masking the notch and it would be covered by default when viewing photos and videos.
The fingerprint sensor is embedded in the home button, which also seems a bit outdated. The company says that its users still prefer the fingerprint sensor. (I highly doubt it). There is the Face Unlock feature also which uses the front camera, no FaceID here (seems not easy to copy Apple in this department).

Other than the cameras, the devices don’t seem to stand out from the competition, and I am really skeptical whether Huawei would be able to make any dent in the smartphone world with it. Because having a good camera doesn’t guarantee greater sales, remember the Nokia Lumia 1020.