It’s just the second day of IFA and Huawei the world’s second largest smartphone manufacturer has already unveiled the next generation of their mate lineup with Mate 20 Lite.

Specifications of the Huawei Mate 20 Lite

Processor, RAM, and storage in the Huawei Mate 20 Lite

It is a mid-range smartphone which comes with Kirin 710 processor along with 6 GB of RAM and a 3650 mAh battery. 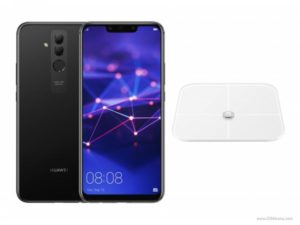 The design is a glass sandwich with a metal body just like every other smartphone this year. it also has that typical notch at the top of the display(thanks Apple). This design language will also carry forward to upcoming Mate 20 and Mate 20 Pro which we are expecting to be announced soon along with Kirin 980 Chipset.

The phone is already available for pre-orders in European countries of Poland and Germany at 435 Euro or 36,000 INR(approx).

The phone shippings are expected to start in September.