Huawei Mate 20 is coming in a few months, is no surprise. What is a surprise is that Huawei is planning to launch a Mate 20 Lite also.

The Huawei Mate 20 Lite has recently gone through a series of leaks and almost the entire specifications of the device can be inferred from it. 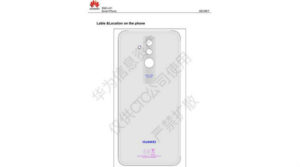 The devices’ schematic image has been spotted on FCC and is entirely identical to the one found on the TENAA listing.

The Huawei Mate 20 Lite is expected to get a dual camera setup at the back housed in a vertical setup. The fingerprint sensor is also on the back of the device placed just under the camera sensors.

Like the Huawei devices these days, the camera is expected to come with a couple of AI features to enhance the image captures using the device.

On the front, we would probably be getting a FullHD+ screen with a notch and a resolution of 2340×1080. The screen size is expected to be above 6- inches, probably around 6.3- inch. 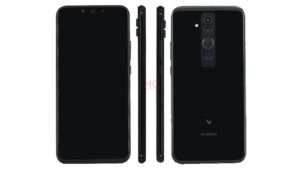 The Geekbench listing of the device reveals that it would be powered by a Kirin 710 SoC, Huawei’s in-house SoC fabricated using a 12nm process. The Kirin 710 SoC is an octa-core SoC with the four power efficiency cores and four high- performance cores.

The device would come with 4GB of memory and probably 32 or 64 GB of storage.

The device would run on Huawei’s custom skin, the EMUI and run on Android 8.1 Oreo.

August Security Patch- What all is patched