The IFA Berlin has just begun and LG is out with two new smartphones, which as they happen to be are slimmed down versions of its current flagship the LG G7 ThinQ.
The devices fall under the category of affordable flagships. However, LG hasn’t refrained from putting some of their flagship features like the quad DAC into these devices.
( And yes, they have the dedicated Google Assistant button also )

One of the smartphones announced by LG is the LG G7 Fit, the other one being the LG G7 One the details for which can be checked here. 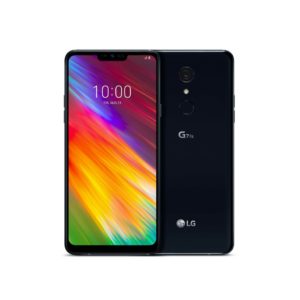 The LG G7 Fit is powered by a quad-core Qualcomm Snapdragon 821 SoC and packs the Andreno 53- GPU, meaning that you can enjoy Fortnite over it also.

The device comes with a memory/ storage configuration of 4GB/ 32GB and 4GB/ 64GB. The internal storage can be expanded up to 2TB using a microSD card.

It packs a 6.1- inch QHD+( 3120×1440) resolution display with an aspect ratio of 19.5:9. The display comes with the Super Bright technology also, something that was seen for the first time on the LG G7 ThinQ which would give the display a maximum brightness of 1000 nits.

The device would be available in Platinum Gray and Aurora Black colors.

The device comes with Android 8.1 Oreo out of the box which is based over the LG’s UI.

A dedicated Google Assistant button sits on the right of the device, which currently is not- remappable.
Furthermore, LG has provided IP 68 water and dist resistance also. The device is MIL-STD 810G certified also.
And yes, it has a headphone jack also.