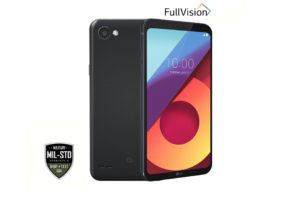 LG Q6, a slimmer lite version of the LG G6, the first flagship for LG for the year 2017 is now receiving its share of the Android 8.1 Oreo.

The update contains some additional functionality and improvements for the device apart from the OS update.
The first and foremost improvements and features that the Q6 is getting is what would be delivered by the Android Oreo. These include performance and battery gain, better support for Autofill APIs and inbuilt support for Picture- in- PIcture mode, though LG’s Android skin has had it for a long time.

The DTS:X 3D stereo sound support is also arriving on the LG Q6. An object-based audio standard, in DTS:X there is an inclusion of new height or z-axis data, which was earlier pre-mixed in the 5.1 or 7.1 channel, enabling sound sources to tag a location in 3D space.
The mix of these objects produced by the DTS:X is output by the speaker setup giving a surround sound experience.
It gives an experience of sound moving around the person, just like it happens in the real- life.

Apart from this, there are improvements in the functionality of the camera LED also. The first feature is the flashing of the flash whenever any call is incoming, a feature that can be seen on many devices. The second is somewhat gimmicky, the option of enabling the flash to pulse in sync with the current playing song.

The LG G6 has an 18:9 FullVision display, in fact, it was one of the earliest budget handsets to sport this, with a resolution of Full HD+ and size of 5.5 inches giving it a pixel density of 442 PPI.
The device has a memory of 3GB and a storage of 32GB and comes with Android 7.1.1 Nougat out of the box. A Qualcomm Snapdragon 435 SoC is tasked with running the device.
The imaging is handled by a 13MP rear camera and a 5MP front camera. A 3,000 mAh battery powers the device giving it enough charge to last a full day.