Almost two weeks ago, Huawei teased a poster of Huawei Nova 3 device on Weibo. Now the company officially confirmed the launch event in China on July 18. The device could be launched in the Philippines also on July 28. The handset will be available in three colour variants most probably such as Gold, Light Blue, and Bluish-Purple colour. The device already listed in TENAA last month with the model name of and gets 3C approval as well. It is rumoured that the Huawei Nova 3 will be similar to Huawei P20 device.

The Huawei Nova 3 will come with a bigger 6.3-inch Full HD+ display. It could be a 19:9 aspect ratio display. The handset will be powered by an octa-core 2.36GHz processor. But there are maximum chances to featured with the Kirin 659 SoC (Cortex-A73 CPU). It could be coupled with 6GB of RAM and 64GB/128GB internal storage option. However, there are some rumours that the device could come with a Kirin 710 chipset which will be based on the 12nm process. The Kirin 710 SoC will be featured with NPU (Neural Processing Unit) for AI-powered tasks. 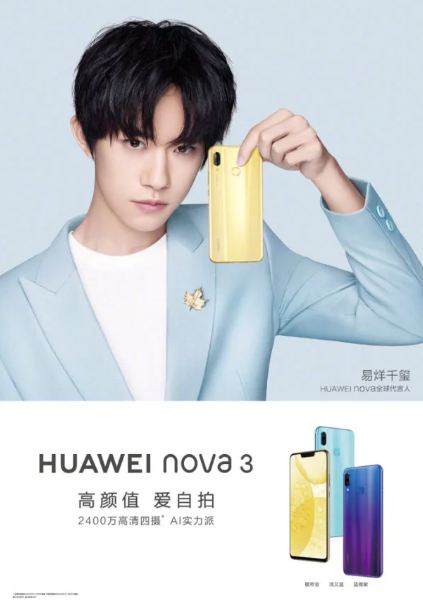 The device will come with the dual rear camera of the 16MP+24MP sensor and the front will feature dual selfie camera of the 24MP+2MP sensor. The Huawei Nova 3 will be packed with a 3,650mAh battery. It will run on Android 8.1 Oreo with EMUI version out of the box. It will have a rear-mounted fingerprint sensor.

There is no information about any other specs and pricing. Some leaked reports say that the device codenamed will be ‘Paris’. Now we have to wait for few more days for more leaks.