Recently, Vivo has launched two smartphones called Vivo Z1 and Vivo Z1i in the Chinese market as a budget segment device. Now the company has introduced another Z-Series smartphone called Vivo Z10 in India. The Vivo Z10 looks quite similar to the previous generation Vivo V7 or Vivo V7+ handset and even features almost same specifications.

The Vivo Z10 smartphone comes with a 5.99-inch HD+ FullView display with a resolution of 1440×720 pixels. It is an 18:9 aspect ratio display featured with a 2.5D curved glass for a premium look. The device is powered by a 1.8GHz octa-core Qualcomm Snapdragon 450 SoC, coupled with Adreno 506 GPU. The 64-bit CPU is based on a 14nm process. The device only comes with a 4GB of RAM and a 32GB of internal storage variant. 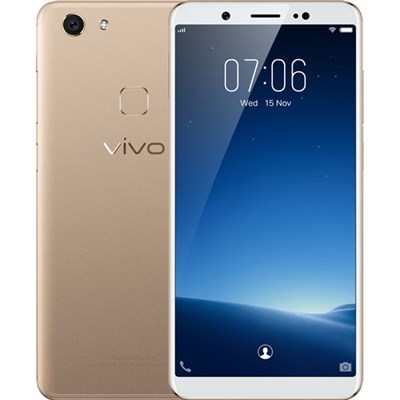 The Vivo Z10 houses a single rear 16MP camera with f/2.0 aperture. Whereas, the front has a single 24MP selfie camera with f/2.0 aperture. Both the cameras do have a LED flash. Both the cameras can capture a good amount of details including portrait mode. The device has a rear-mounted fingerprint sensor and also offers the Face Unlocking feature. It runs on Android 7.1.2 Nougat over FunTouch OS 3.2 out of the box. In terms of the firmware version, Vivo still provides the last generation Android version to a mid-range device in 2018.

The Vivo Z10 supports dual-SIM standby feature but doesn’t support dual LTE option. It is packed with a 3,225mAh battery with no fast charging support. It does have connectivity options like MicroUSB 2.0 port, 3.5mm audio jack, Bluetooth 4.2, GPS, Wi-Fi, 4G LTE etc. It also has some of the major sensors also such as Proximity, Ambient Light, Gyro, Fingerprint sensor etc.

The Vivo Z10 measures 155.87×75.7×7.7mm and weighs around 160 grams. It comes in three color variants like Black, Blue, and Gold. The device is priced at Rs.14,990 in India and will be available via offline stores – Here is the selected store list. For now, it is expected to be available in South India only such as Karnataka, Telangana, Andhra Pradesh, Tamil Nadu.

Now You Can Download iOS 11.4.1 on iOS Devices – Update Available