Android 9.0 Pie is now official and rolling out to Google Pixel Smartphones

According to the recent Android distribution report, most of the Android devices running Marshmallow, Nougat, and Oreo version. The current latest stable ROM is Android 8.1 Oreo but now the Android 9.0 P is announced with the name of Android 9.0 Pie. Google released the Android P this year in Google I/O conference with Developer Preview option. It is available for some popular smartphone brands as well. Now the Google Pixel smartphones are rolling out the new Android 9.0 Pie via OTA.

However, we can call it Android Pie or Android 9.0 for now. There were so many rumors and leaks about the Android 9 official name and that comes to an end. As per the leaks, we expected to be announced it on August 20, but the date wasn’t set by Google itself.

Google developers are trying too hard to provide a better and efficient user-friendly interface with the latest security patch. Google has listed some of the core features of Android 9.0 Pie officially. 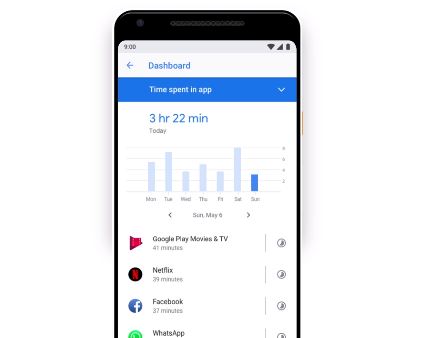 Google currently providing the Digital Wellbeing beta feature to all the Google Pixel devices. So, if you’re a Pixel smartphone user, then you can sign up and try out the beta version right now.