5 applications that would take advantage of the Picture in Picture of Android 8.0 Oreo

5 applications that would take advantage of the Picture in Picture of Android 8.0 Oreo, Android 8.0 Oreo, the new version of the Android operating system came with interesting developments a few months ago. Among them, much is highlighted about the improvement in notifications, battery, performance and file management. They just added features that changed the design of the interface, only small changes in the color palette. Although there is a very, very interesting feature, which, although it does not change the design of the interface if the design of watching the video. We are talking about the Picture-In-Picture function. A feature that allows us to view content with a small floating screen that is displayed anywhere.

That is, we can continue to watch the video of an application, press the ‘Home’ button and open any application. A small screen is displayed where you can still see the multimedia content. Unfortunately, this function is not yet available to many applications that, without a doubt, should have it. When you try this feature you want all the apps you use in your day to day to have it. But we are a little more realistic, and we tell you five applications that do not have Picture in Picture, and that should have it.

Surely it might surprise you. But that’s right, YouTube, the popular streaming video service does not have the Picture in Picture feature of Android 8.0 Oreo. Or at least, the free application. YouTube Red, the YouTube payment service if it includes this feature, but the app that we all use does not. We do not see badly that the great G implements some other exclusive feature on YouTube with Red, but we can not forgive a feature that is native to Android 8.0 Oreo. Without a doubt, YouTube is the application that should receive and Picture in Picture.

The Facebook social network does not include the Picture in Picture function either. We must emphasize that this feature is only used in videos. So we talk about the videos we see on Facebook, as well as live broadcasts etc. Above all, for this last way of viewing content on the social network, you are missing Picture in Picture. We do not believe that Facebook will receive support for this feature of Android Oreo, but if one day it does, we will be more than happy.

Google Photos, another Google service where there is ” PiP ” 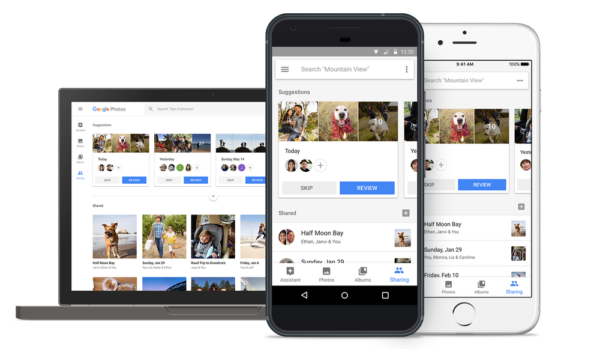 Google Photos is undoubtedly one of the best applications that Google has created. We can save all our pictures in the cloud, it is synchronized with all our Google account, it adds editing feature, to share more quickly. Even, to detect your pet. But … what do you not guess what function it does not have? That’s right, Picture in Picture. Google Photos does not include this feature either, which would be great for our videos. Undoubtedly, another service that the Mountain View firm would have to update.

Spotify and its videos. Yes, your videos

Yes, on Spotify you can also watch videos. Specifically, music videos. And of course, they do not include the fabulous feature of Picture-In-Picture, created in Android 8.0 Oreo. Not even, we can play the music in the background. That is, if we put a video in the music application and go to the home or another application without closing the app, the music of the video will stop. It does not surprise us to be a video. But they could implement in this case Picture-in-Picture. Not all bad news

There are many applications that already have Picture-in-Picture, as well as some Google services. If you have Android 8.0 Oreo and use Netflix, you may have noticed that this feature is not available. In Android 8.1 Oreo (currently in beta) is. This is due to an incompatibility in 8.0 with the privacy of the captures in the function, but in 8.1 it is solved. Another application that includes this feature is Google Maps. We can navigate with a small screen floating in our home or in any application. This last feature is really useful.

Most likely, Google will be adding application support. As it happened with the screen divided into Android 7.0 Nougat. We will see if finally, all these applications receive this feature.