YouTube Music and YouTube Premium have been launched in India. Both YouTube services were originally introduced in June last year in 17 regions, including the US and now it’s available in India.

YouTube Music and YouTube Premium have joined Google Play Music and Google Play Movies service list. That means in the coming few months, Google may introduce both the apps on all Android devices by default. Just like the other Google services and apps, these two apps may come preloaded in India.

According to YouTube, YouTube Music will be available both as a native mobile app and a web interface as well which is designed for online music streaming. The service offers original songs, albums, plenty of playlists, and artist radio as well. It also includes YouTube remixes, live performances, covers, and music videos.

The company is offering two types of service – YouTube Music and YouTube Premium in the market. YouTube Music Premium subscription allows the users to play songs and videos in the background with the YouTube Music app. It will enhance the multitasking ability to the users. In addition, the paid subscribers will also get an offline downloads option. 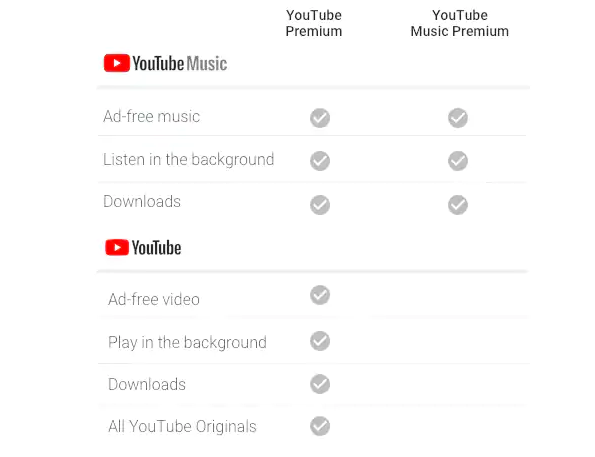 Especially, in India, the use of online media streaming is quite high from 2016 when the Reliance Jio started giving offers and mobile data.

YouTube also mentioned that the paid subscribers of Google Play Music will automatically get access to YouTube Music Premium and they don’t need to pay further. That’s a good approach for the first time after launching the services. The YouTube Music app is available for both Android and iOS platforms and can be downloaded from the app stores respectively.

The Alphabet-owned company has released the Premium service and the Indian subscribers can get it for Rs.129 per month. It includes a free membership to Music Premium as well. Additionally, the YouTube Music Premium offers YouTube Originals like Sherwood, Weird City with the ad-free experience. It also offers background playback and offline downloads.