by Abhinandan Jain
in Firmware Update

The Galaxy J5 Prime, a two-year-old budget device from the South- Korean mobile giant is the latest device on the planet to get a taste of the Android 8.0 Oreo.

The device was released by Samsung with Android 6.0 Marshmallow on- board and it was one of the devices to get updates to Android 7.0 Nougat also. At the time of its launch, the price came for a price of Rs. 14,970 in India, the country it made its debut in. It featured nominal specs according to today’s times. A 5- inch HD display ( 16:9 aspect ratio as 18:9 wasn’t trendy then ). Samsung’s in-house quad-core Exynos SoC was tasked with running the device. A 13MP sensor was equipped at the back along with a 5MP one on the front for those crisp selfies. The device came with dual-SIM support and 4G VoLTE support. 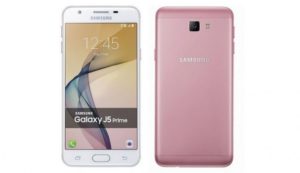 Samsung Galaxy J5 Prime’s Android Oreo-based update carries the ‘G570FXXUICRH9’ firmware serial number. It weighs 918 MB in size and currently is being rolled out globally in phases, with the update making its appearance in UAE till now.

Samsung is also expected to release a successor for the device, the Samsung Galaxy J6 Prime this year, with the device expected to feature a dual- camera layout at the back. It would be powered by a Qualcomm Snapdragon 450 SoC, placing it in the budget category. The display is expected to be one of Samsung’s AMOLED panel with the aspect ratio of 18.5:9, matching the ones of its flagship devices.

The update would be rolling out in phases, hence its availability may vary by some weeks depending on the region.