OnePlus 6, the latest flagship from the Chinese smartphone maker has become the newest member of the Android 9.0 Pie family as OnePlus announced the release of Android 9.0 Pie for all the OnePlus 6 users worldwide.

The OxygenOS 9.0 update, One Plus’ custom Android OS, built atop Android 9.0 Pie was in closed beta for the past couple of months. The company then on Friday, 21st September announced the availability of the update to the general public.

OnePlus 6 was one of the devices in the world that was a part of the initial bunch of devices which hot the Android 9.0 Beta update right when it was announced by Google at the I/O 2018. With Google bringing ‘Project Treble’ with Android 8.0 Oreo to ease the process of Android updation, it is no surprise that OnePlus managed to roll out an update of their customized OS within one and a half month of the OS’ release.

However, OnePlus’ rollout of Android 9.0 Pie should be something that other Android OEM’s should look up at. For they were able to roll out a customized ROM in such a less time, even the Android One devices from OEM’s like HMD Global, Moto have yet to get the Android 9.0 Pie update.

The update weighs 1521 MB in size, and the official changelog reads:

As always, the update rollout would be occurring in phases and the availability may vary by a few days depending on the region or carrier. 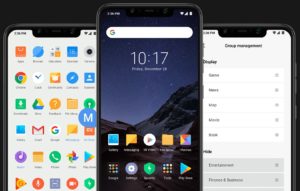 India pricing out for Samsung Galaxy J6+ and Galaxy J4+