Android 8.0 Oreo has been officially released to all supported devices, read about how you can have it running on your computer. Android O 8.0 is the most amazing update of Android. As of now, it is the latest update from Google. If you wish to get Android O on your PC or Desktop then you are the right place. This implementation is really good for developers who are constantly building new apps and need to test each change quite quickly. This way, you can forward app builds instantly.

Further, for normal users, this gives them a chance to test out all the new features of Android 8.0 Oreo without actually having a compatible device. The new Android Studio’s emulator is quite fast and reliable, we had no issues running the emulation extensively on our device.We will be sharing a guide to set up Android Oreo Emulator below.

This guide will apply to the stable version of Android Studio which is Android Studio 2.3.3 at the time of writing. Before, you were only able to try these images on the Android Studio Preview program. Google has made quite a lot of improvements to its computer emulator. It now boasts amazing boot time speeds as well as an intuitive design compared with the old-school emulator Google ran for the past years.

How To Run Android Apps On Mac or Windows

The Emulator is for developers who want to test out their apps on the latest APIs without a physical device. However, if you just want to play Android games or run full Android apps on your computer, we have complete guides for that. The process is much simpler than installing the full Android emulator and also, quite less on space required. If you have a Mac, you can use Andy or if you have a Windows machine, you can use Blue Stacks.

Before start downloading Android Studio on your computer first check Minimum requirements. If your PC doesn’t match with these requirements then Don’t waste your time and data in downloading.

How to Set Up and Install Android 8.0 Oreo Emulator On PC

As mentioned earlier, this post implies that you have already installed and set up Android Studio on your computer.

Step 1: Open your Android Studio which you have downloaded. From the main view go to Tools > Android > AVD Manager.

Step 2: The next step is creating a new Virtual Device for Android 8.0 Oreo specifically. In AVD manager, you will be able to see all your Virtual installations. Just click the “Create Virtual Device” button as shown in the image below. 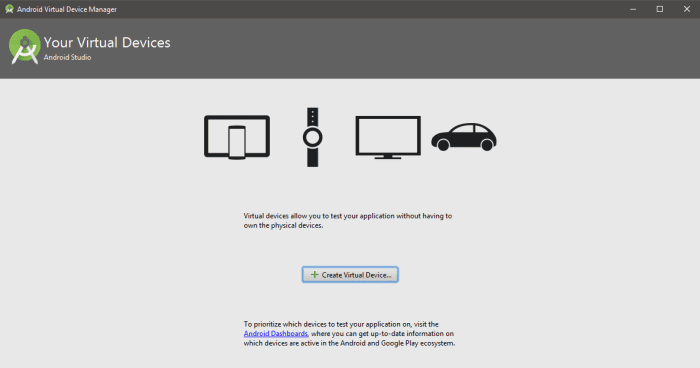 Step 3: Now you will get tons of options for choosing your emulator. But as we are here for android oreo and as its only supported on Nexus 6P and Pixel series you have to select between this. Though, we suggest you choose Pixel XL. and select Next. 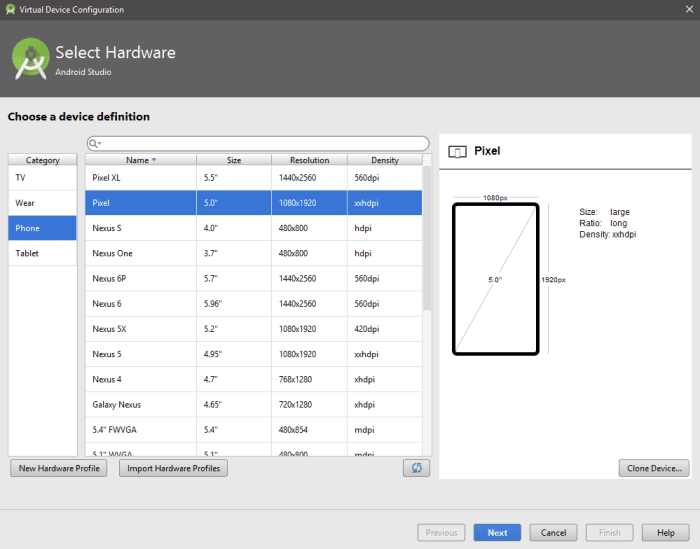 Step 4: After clicking the next option in the previous step you will be greeted with this screen below and from here you have to choose O Download option.

Step 5: Now android studio will show you all the T&C, Ignore that and snap Accept. 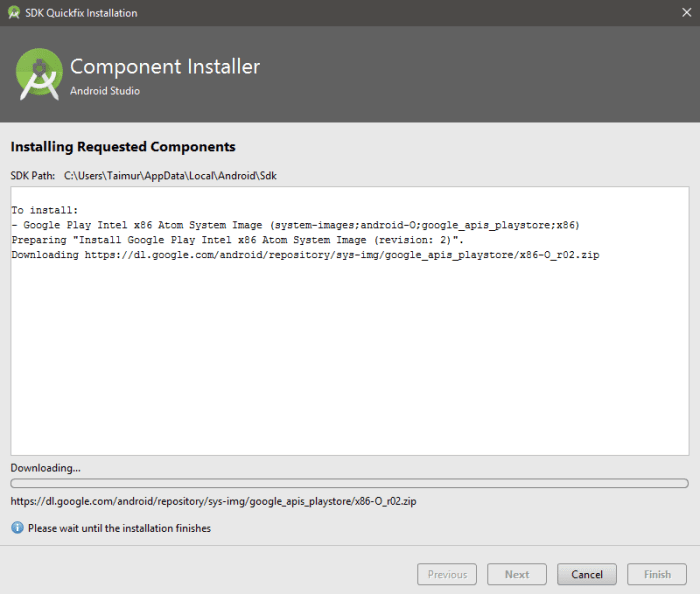 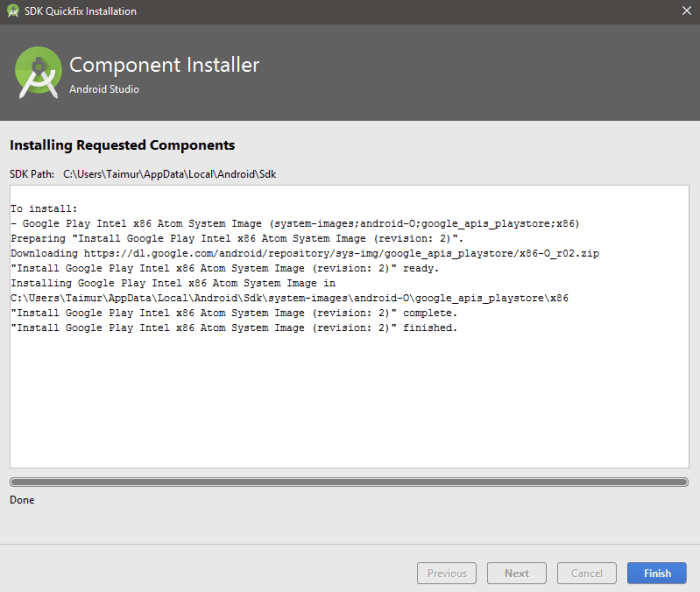 Step 7: Now once the above step is completed android studio will greet us will the same screen as Step 4 now all you have to do is same as that.

Step 8: The next screen is quite simple. Once the above process is complete, Now all you have to do is select the preference of your setting for what type of operation you want to get on your emulator, Once you configured that hit NEXT.

Step 9: Once finished, you will get a popup of your Virtual Devices. Dont get it too complicated. Just click on the green button on your newely added android emulator.

Step 10: The emulator will start within few seconds and you will see the following layout screen with the Android boot-up animation.

Step 11: Once your device is on, you would probably greet by this screen which indicates you have successfully completed the Emulator install. Now enjoy your Android Oreo Emulator

Although Android Studio is for a developer to develop Android Application. And AVD manager helps them to test application on different devices and Environment. But still, it’s a good way to check Android O features and try Android Oreo without replacing your current OS.

How To Fix Android Oreo Bluetooth Issues On Your Phone

Get Android 8.0 Oreo AOSP ROM On Your ASUS Zenfone 5

Get Android 8.0 Oreo AOSP ROM On Your ASUS Zenfone 5