The HydrogenOS is an alternative Android custom ROM which is used for OnePlus Chinese variant devices instead of the OxygenOS. The main difference is that the Chinese ROM doesn’t come with the Google Play services or Google Play Apps. However, the OxygenOS is more popular and receives faster and frequent updates than the HydrogenOS ROM.

Earlier this month, OnePlus Chinese variant received its first Android 9.0 Pie Open Beta update over HydrogenOS. Now recently the OnePlus 6 Chinese variants rolling out the HydrogenOS Beta 2 update with some bugs improvement, stability fixes, and changes to the software. Whereas, the Global OnePlus variant users didn’t receive the OxygenOS update based on Android 9.0 Pie yet. However, the most important part is that it includes a security patch up to September month. 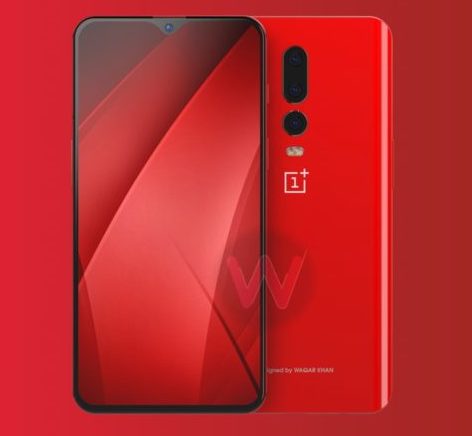 The update brings a lot of fixes and improvements to the software. The reports mentioned that the first Android 9 Pie Beta update over HydrogenOS Beta 1 (H2OS) on OnePlus 6 (Chinese variant) was far better and more stable than the stock developer previews. So, it’s obvious that the new update will also provide more stability. 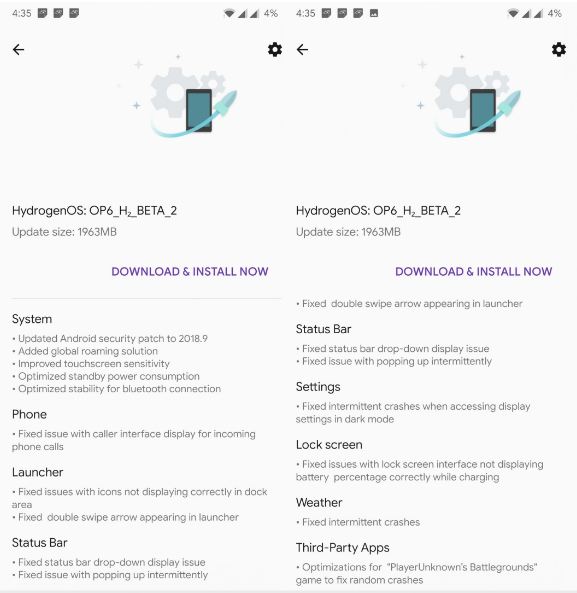 The OTA update file size is around 1.9GB but if don’t want to wait for a few days then, download the .zip file from the given source link and flash it via custom TWRP Recovery process and enjoy the latest build.