Download and Install Honor 8 Pro B187 Nougat Update [Europe], Huawei seems to be on an update spree right now. Following the rollout of the Marshmallow update for the Huawei P8 Lite a few days back, it has now rolled out the Nougat update to its flagship device, the Honor 8 Pro B187. The update is currently being rolled out to the Honor 8 Pro devices in Asia, Russia and Europe

The technical sheet Honor 8 Pro shows a terminal with Android operating system Nougat that comes with the usual EMUI customization of the Asian company. This model is finished in metal and is compatible with LTE networks. We speak of a device that arrives as a powerful and attractive option to compete with all types of terminals and, in this way, be an adequate response to all the needs that users have. By the way, it does not lack reader of footprints in its later part. 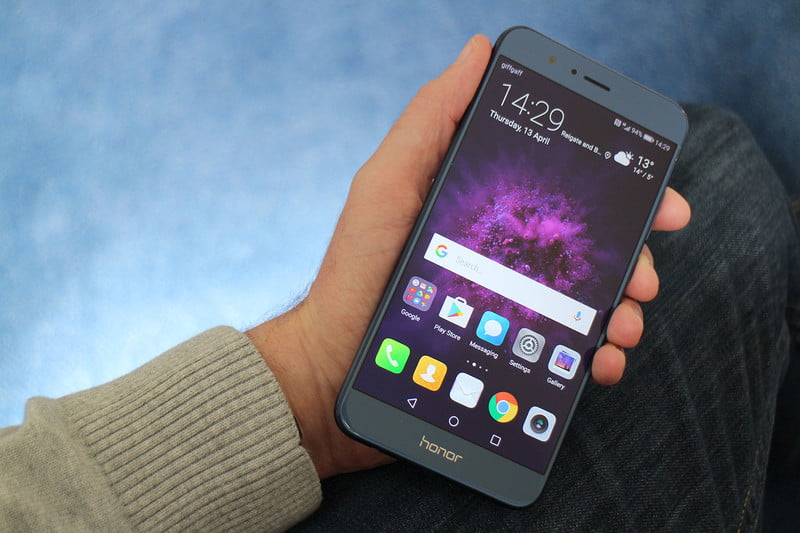 The processor that is integrated into the smartphone is a Kirin 960 eight-core, which works at a maximum frequency of 2.4 GHz and is compatible with 64-bit architecture. Additionally, it includes a Mali-G71 GPU, which ensures good capacity with the most current games. As can be seen in the technical file of the Honor 8 Pro, the RAM amounts to 6 GB.

The battery integrated with a model that has a thickness below 7 millimeters, is 4,000 mAh and allows fast charging at high speed. In the datasheet of Honor 8 Pro, you can see that storage is not a problem, since the option chosen by the manufacturer is 64 GB, always with the possibility of expanding this section by using microSD cards. By the way, it has a USB Type C port, which is positive.

This model has a 5.7-inch screen, so it should be considered as a phablet. The resolution amounts to QHD, which is the best currently, which makes it exceed 500 dpi pixel density without problems. Besides, it includes Gorilla Glass 3 protection as it is possible to see in the technical sheet of the Honor 8 Pro. The terminal is Dual SIM type, and it lacks neither NFC nor a port to connect headphones by cable (3.5 mm Jack).

In what has to do with the rear camera, this consists of two sensors of 12 megapixels each one of them (one for RGB jacks and the other for black and white). The recordings that the Honor 8 Pro allows are of  4K quality, which allows them to be used in the most current television sets. In what has to do with the element for the selfies, the chosen one has an 8 Mpx sensor. A complete mobile terminal that has advanced options in all the usual sections.

The update will come to your device in the form of OTA any time now and it is based on the latest version of EMUI 5.1 OS. You can manually check for the update. Go to Settings –> About Phone Section –> Software Update. If you have not yet received it, follow our in-depth guide in order to Download and Install Honor 8 Pro B187 Nougat Update [Europe]

Follow the below Guide Exactly or else it might brick your device. Thedroidguru should not be held responsible for any damage.

Note: make sure your device’s bootloader is unlocked and a custom recovery is installed.

Step 1.Download the firmware zip files provided above according to the version of your device and then move them to your phone’s storage.

Step 2.Now unplug the USB cable and turn your phone off and boot your device into TWRP recovery mode.

Step 3.Take a full nandroid backup so that you can restore your files if anything goes wrong [Optional].

How to Perform Nandroid Backup On your Android Device

Step 4.Next, go to Install and select the update.zip package

Step 5.After that flash the remaining two zip files (update_full_DUK-L09_hw_spcseas.zip and update_data_full_public.zip) and then wipe the dalvik cache.

Step 6.Once done, reboot your Honor 8 Pro B187 for maximum performance. It should boot into the latest B187 Nougat Firmware.

If you have any question or suggestion regarding this post, feel free to leave that in the comment section below 🙂