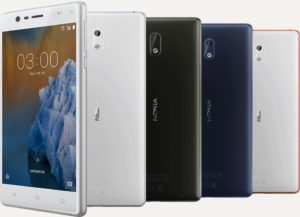 Nokia 3, one of the first smartphones released by HMD Global after it acquired the Nokia brand name, has now started to receive the Android 8.0 Oreo update after weeks of testing under the Nokia Beta Labs program.

In an announcement on Twitter, Juho Sarvikas, the Chief Product Officer of HMD Global announced the start of the global rollout of Android 8.0 Oreo along with stating that the company kept the promise it made to its customers of providing the latest iteration of Android as soon as possible.

With the Android 8.0 Oreo rollout of the Nokia 3, all Nokia smartphones except the Nokia 2 are running on Android 8.0 Oreo, which is scheduled to get an update to Android 8.1 Oreo directly avoiding the Andoird 8.0 Oreo. It is not a small feat from HMD Global which continues to amaze by its software update speed and policy and silencing the skeptical who when HMD Global said that it would provide the latest software iteration questioned how long the company would be able to fulfill that promise as the number of devices in their arsenal grows.

The Nokia 3 was released during the MWC’ 2017 and was the cheapest of all Nokia’s launched at the event.

The device is powered by a 1.3GHz Quad Core MediaTek MTK 6737 processor and has 2GB of RAM. A polycarbonate body is wrapped around in an aluminum frame which imparts the device the rigidness and strength which happens to be a characteristic of the Nokia devices. It comes with 16GB of RAM and has an 8MP sensor on the back.

Regarding the Oreo HMD Global in a statement said,’ We deliver pure Android by working closely with Google and by associating with over 50,000 fans who joined the Nokia phones beta labs programme’ and further added that ‘With Google zero touch enrolment — a feature first introduced in Android O, organisations can deploy a Nokia smartphone with enterprise mobility management settings pre-configured’.

The update like almost every other update is rolling out in phases, so it may take a couple of days before it shows up on your device.