ZTE is ready to debut their first ever 5G-enabled ZTE Axon 9 smartphone on August 30 at IFA 2018 in Berlin. The official launch invite is announced via ZTE on Twitter. The invite poster image showing that the next generation ZTE flagship smartphone will launch on August 30, Thursday at 4:00 PM. The teaser image also mentioned “Leading 5G Innovations” title with a smartphone layout featuring an 18:9 aspect ratio display.

The main highlight of the launch event will be a flagship smartphone by the company after a long time called ZTE Axon 9 and Axon 9 Pro. Even the ZTE CEO, Xu Ziyang, confirmed earlier that the ZTE Axon 9 will be the successor device ZTE Axon 7. The Axon 7 was launched earlier in the year of 2016 as a flagship. 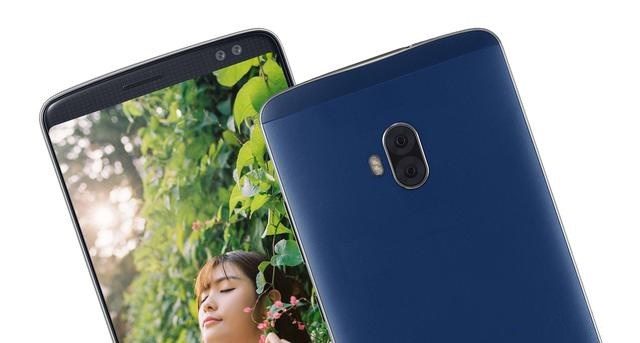 New leak reveals pics and specifications of the ZTE Axon 9 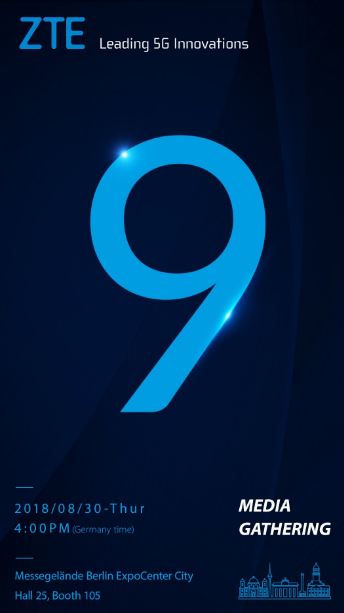 In terms of this flagship smartphone, it could be powered by an octa-core Qualcomm Snapdragon 845 SoC coupled with Adreno 630 GPU. Whereas, the leaked reports mentioned earlier that the device could come with 4GB/6GB/8GB of RAM and 64GB/128GB/256GB of internal storage variants with the expandable storage option. It will be packed with a 6-inch OLED QHD+ display with Dolby Atmos stereo surround sound enhancement.

This time the ZTE Axon 9 will come with a dual rear camera and the front could have a single AI camera with LED flash. Both the front and dual rear cameras will have the PDAF, auto HDR, Slow motion, Pro mode, Face Detection, EIS support, AI Portrait mode, beautification mode etc. with Face Unlock. The given layout in the teaser image indicating that the device won’t have any notch and that’s a good approach. The handset will run on Android Oreo OS and will be packed with at least 3,000mAh battery out of the box. 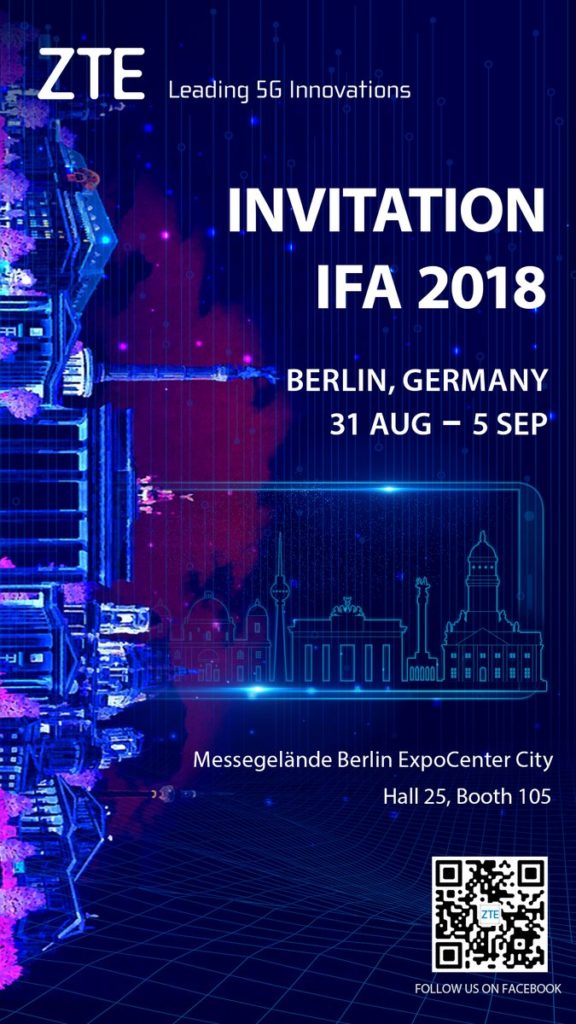 ZTE was banned by the US Government from buying or supplying components from US companies or suppliers for some time. The ZTE was accused of selling their smartphones to North Korea and Iran countries earlier and this violates the US Trade Law. So, ZTE is now ready to come back again in the US market but it could take some time to rebuild the goodwill or customer base. The company has been resumed the market and communication process again in India also.

Till then we have to wait for the official launch of ZTE Axon 9. Stay tuned at ZTE.