The Google Android P stable version could be announced on August 20 this year. The recently leaked reports assumed that the Android P and Google Duplex feature will be fully implemented on that day. The popular leakster Evan Blass mentioned a calendar date with ‘P’ mark as well. The Android P Developer Preview is currently available for some of the popular flagships devices like Google Pixel devices, Xiaomi, Oppo, Vivo, OnePlus, Sony, Nokia, and Essential Phone. Now MIUI officially announced that the Android P will come for Xiaomi Mi Mix 2S device very soon.

The Mi Mix 2S could be the first MIUI device to get Android P stable release update by Xiaomi. MIUI developers are working on this. But the company compromised the Android 8.1 Oreo Beta update for this. Now the device may be running on Android 8.0 Oreo stable or beta till Android P update. The Android P Developer Preview platform was announced in Google I/O 2018 event in early this year. 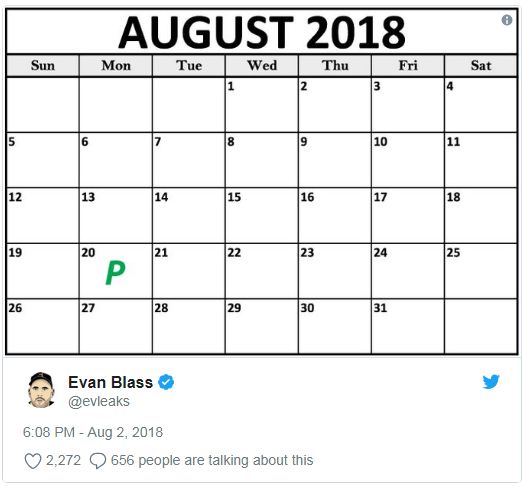 The Android P version is highly optimized and customizable for notification, gesture control, navigation settings, recent tabs and more with connectivity and energy consumption. Not only Xiaomi but also other smartphone brands are preparing their own custom ROMs for this update. Recently, we mentioned that OnePlus is also trying to give Android 9.0 update to OnePlus 5/5T and OnePlus 3/3T devices by the end of this year.