Xiaomi Mi7 May Have 8GB Of RAM: Specifications and Renders Leaked

Now, we have known that the device should come with a Dual camera setup on the back, an all-glass build as seen from the Xiaomi Mi6 and a bezel-less display on the front as these are all the specifications that should be on a flagship smartphone launching in 2018. Now, it is also known that the smartphone will be launched by Xiaomi at the Mobile World Congress later this month which will be the first time that Xiaomi will launch its flagship in this event. Apart from the Mi7, Xiaomi is expected to launch the Mi Mix 2S in the same event as well. 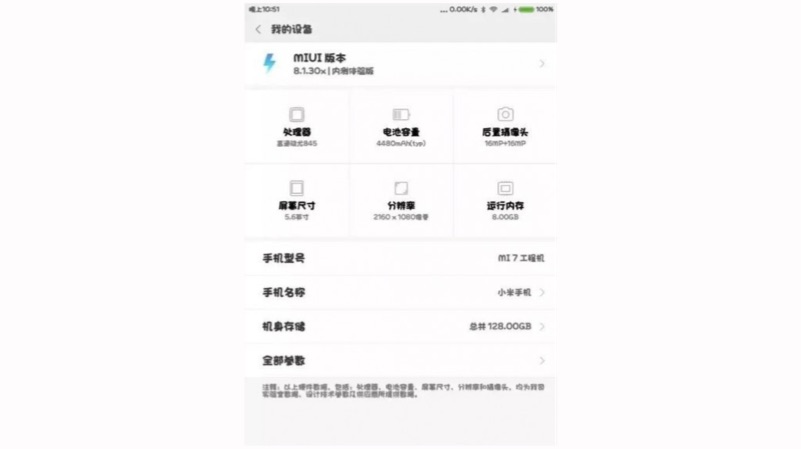 The Xiaomi Mi7 will have an 18:9 Full HD+ display along with Snapdragon 845 processor to power the device. The leaked screenshot of the Xiaomi Mi7’s internals have been attached above but the texts are in Chinese. The Xiaomi Mi7 is expected at the MWC later this month when we will know official details about the device.