Xiaomi Mi A1 Will Soon Get Android 9.0 Pie

The Google’s Android One platform ensures the faster, frequent, and latest Android updates including the latest security patch updates as well. Android One powered smartphones are generally expected to receive at least two years of Android updates and three years of security patch updates from Google. Recently, the Mi A1 device spotted on Geekbench benchmark website with Android 9 Pie version. It’s now almost a year running with the Android 8 Oreo since it was launched in Sep 2017. 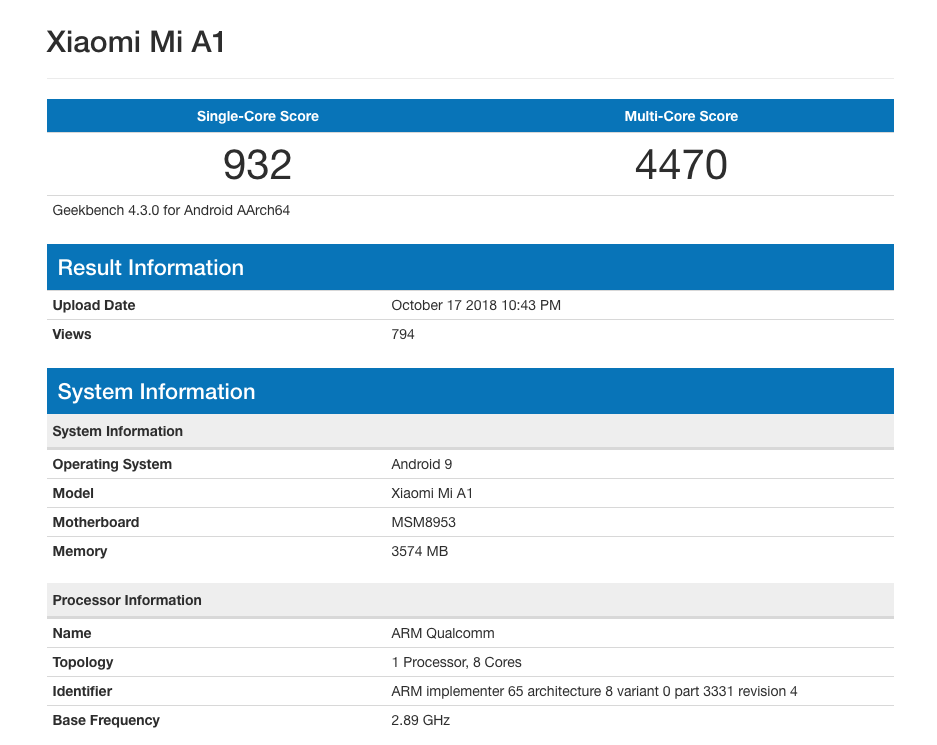 According to the Geekbench benchmark listing, the Mi A1 smartphone scores 932 points on a single-core and 4470 points on the multi-core test. The device is powered by the Snapdragon 625 SoC (MSM8953) coupled with Adreno 506 GPU and 4GB RAM+64GB internal storage. In terms of the Xiaomi devices, only the Mi Mix 2S device is currently running on Android Pie based on MIUI 10. Whereas, some of the Xiaomi devices getting MIUI 10 update over Android Oreo till now.

The new Android Pie will feature Digital Wellbeing app, app timer, adaptive brightness and battery, new redesigned UI, system improvements, full-screen gestures, and more. There are some of the custom ROMs available based on Android Pie features unofficially. As the device listed on Geekbench with the latest version, it’s expected to receive OTA update within a few weeks.