by Raja
in News

Whatsapp is one of the most used messaging app for mobile and it has billions of active users across the world. In India alone, millions of people use Whatsapp on a daily basis which makes it a potential platform to reach out to a larger set of audience.

Taking advantage of this massive user base, Whatsapp has planned to launch the UPI payments feature to the Whatsapp users in India. If this feature goes live, Whatsapp will no longer be a simple messaging app used to connect with your friends.

The UPI payments feature is currently in the beta testing phase and it has not been rolled out to many users yet. However, a Twitter account called WABetaInfo has released screenshots revealing this feature on the latest beta update of Whatsapp.

Must Read: How To Share Images In Whatsapp Without Loss In Quality 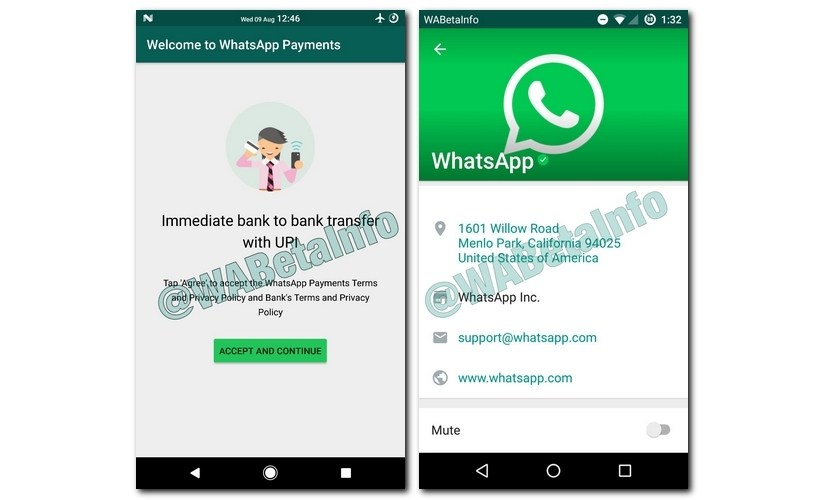 The feature was spotted in the Whatsapp beta version, 2.17.295. The UPI is the Unified Payments Interface which would help you to make money transfers with your contacts right from Whatsapp.

It eliminates the need to have multiple apps to make transactions with different people, as practically almost everyone you know are in Whatsapp.

According to the recent reports, almost 200 Million people in India alone use Whatsapp on a daily basis. So the UPI feature has the potential to become a massive success if implemented in the right way.

You can download the latest beta update of Whatsapp from the link down below to check whether you can spot this feature on your phone. Let us know in the comments below if you can access the UPI payments interface and your thoughts on this new feature!

How To Send Automated Replies In WhatsApp | 2019 Edition

Hello! I am Raja, a tech enthusiast who loves to read and write anything related to technology. I listen to music and watch a lot of movies and TV series during my free time. I am an ambivert and I am funny sometimes.

How To Send Automated Replies In WhatsApp | 2019 Edition