A week for the premiere of the Android 8 Oreo Beta on the Galaxy S8, The details about the update of the Samsung Galaxy S8 with Android 8.0 Oreo are increasing by leaps and bounds. If just two days ago we knew that the official OTA update would be available at the beginning of 2018 and that the Betas program would start soon, today we have proof through a filtering when the first Beta of Android 8 Oreo will be available for the Galaxy S8.

The Android updates are the Achilles heel of the software platform Google. While the big G provides Android improvements with relative speed for its Nexus and Pixel, the problem lies in the slowdown that occurs in the same process carried out by other manufacturers. Whether due to lack of resources, technical difficulties or even pranks, the truth is that the period of time for this to happen can be extended in a worrying way. At the midpoint are other companies like Samsung that put into practice Betas test phases of those updates. In a way, this strategy allows in some way to advance those improvements of new versions of Android to its users.

Beta of Android 8 oreo for the Galaxy S8, underway

That is precisely what will happen with the Samsung Galaxy S8 and Samsung Galaxy S8 +. While it is expected that the official update of Android 8.0 Oreo will reach these two models at the beginning of 2018, the company is immersed in the process of development and optimization of the firmware. A process in which you will introduce users who wish to do so through a software program in tests.
That process seems to be around the corner, as much as next week, on October 31. At least that is what a person who regularly filters and advances information about technological products has spread on Twitter.

Attending the data offered, everything points to the Beta of Android 8 Oreo for the Galaxy S8 will be ready next Tuesday. Therefore, the first users with one of the two models in their possession could soon learn about the innovations, changes, and improvements that the flagships of the firm will experience with the new software.

Countdown to the Oreo Beta for the international model

However, it should be noted that this first phase of testing with the Beta of Android Oreo will start in the US so that Europeans and other regions will have to wait for the initiative to be extended to the Old Continent. The truth is that we are facing the same situation experienced with the Samsung Galaxy S7 and Android 7.0 Nougat. The Samsung Galaxy with SoC Qualcomm Snapdragon is commercialized on the other side of the pond, while the international version is mostly equipped with the Samsung Exynos chip. This technical differentiation means that the company must compile two versions of the update to support both models. 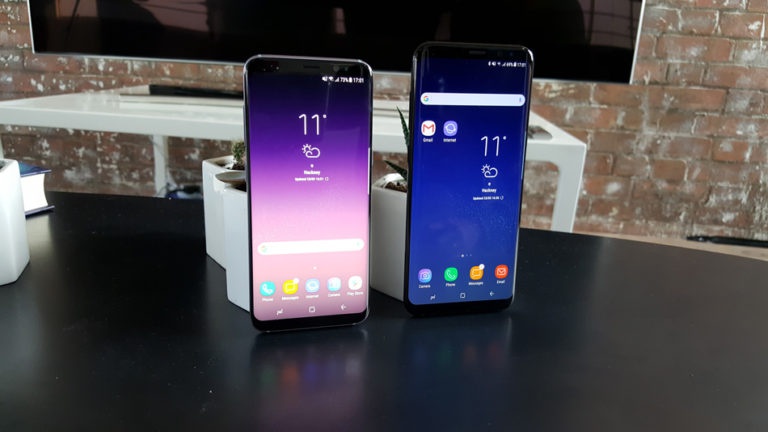 Therefore, reading this information is positive for everyone. While Americans will be able to try Android 8 Oreo on their Galaxy S8 in just one week, that news implies that the countdown to the Oreo Beta for Europe has begun, something that will not take more than a few weeks, as has already happened with the updated guidelines of previous generations of the Galaxy S.