The update of Android 8.0 for the LG V30, underway

The update of Android 8.0 for the LG V30, underway, The history of LG with the main updates of the Android operating system has been more than acceptable in recent years, so it is reasonable that many users were disappointed to see how the LG V30 was launched in October with Android Nougat, the same version than its predecessor a year ago, the LG V20. Fortunately, the update process of Android 8.0 for the LG V30 is already underway.

The LG V30 is one of the best-looking phones on the market packing an OLED display covered by Gorilla Glass 5 Protection both on the Front, Back and the camera itself. It packs a sharp 6-inch 18:9 2,880*1,440 pixels screen on the front with being HDR 10 supported.  The LG V30 runs on LG own’s GUX 6.0 graphic interface layer custom UI on top of Android 7.1.2 out of the box, This phone bets on a Snapdragon 835 processor accompanying Adreno 540 GPU. The LG V30 packs a 4GB RAM and 64GB storage onboard.

LG V30 has 16 megapixels and a lens whose opening is the highest to date in the smartphone market with a value f / 1.6. The second camera has a 13-megapixel sensor and 120-degree wide-angle lens and aperture f / 1.9. In both cases, the pixel size is 1.0 μm. Among the additional features, we find the recording of 4K videos. The LG V30 packs a 3,300 mAh Non-Removable Battery.

In the section on wireless connections include support for 4G + networks up to 1 Gbps in download or Bluetooth 5.0. It also has WiFi dual-band AC, NFC, and GPS assisted. In the part of the physical connections, to emphasize the adoption of the USB-C interface and mini jack for audio output.

The owners of the LG V30 have been waiting for an update of Android 8.0 Oreo since it became known that the company aims for an official release of the software later this year. Today we know that a stable version will arrive in December for buyers from South Korea, while the for the other countries it will receive it soon after. And how do we know? Because these users can already sign up for the Android 8.0 beta program for the LG V30.

In this way, while the rest of the world will have to wait patiently for an OTA update that arrives during the next festive season, buyers in the LG region of origin can try all the Oreo news by subscribing to a public preview program that just launched a few hours ago on the Korean website. 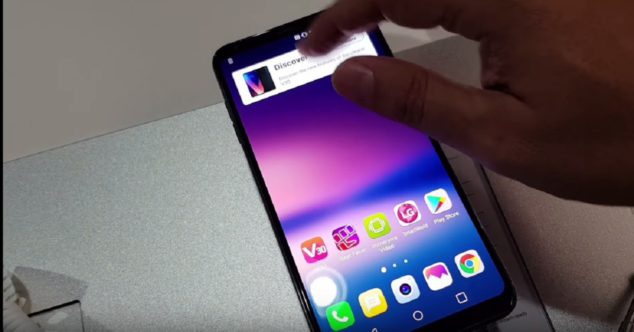 A version too much previous

To get access to the beta test, V30 owners in the region can register through the Quick Help application by tapping on the LG Operating System Preview banner. According to LG, the final software update should arrive in a month and the company does not seem to be limiting invitations to an established number.

Participants of Android 8.0 for the LG V30 will begin to receive the update next month and, as with other manufacturers, may send comments and opinions using the same application, which LG will monitor before the official release. Unfortunately, it seems that the owners of LG’s other flagship, the LG G6, miss the preview program no matter what country they live in.

The launch of this LG program comes just after Samsung launched its own preview of Android 8.0 Oreo for a select few owners of Galaxy S8 and S8 Plus in the United States, the United Kingdom, and South Korea. It is expected that both models receive stable versions of the operating system before the end of the year.