PUBG Arrives on Android in India

Player Unknown’s Battlegrounds, the juggernaut that is taking the world by storm is finally available in India on Android and iOS.

PUBG, as it is commonly called, is a multiplayer online battle game which has been developed and published by the studio of the same name PUBG. The basic objective of the game is a simple one, up to 100 players are parachuted onto an island and the last person standing among them is the winner. There are safe areas, weapons, and other equipment. The game has received acclaim for its gameplay making it easily approachable by players of any skill level and its expertly designed map and tight shooting mechanics resonated with the gamers. 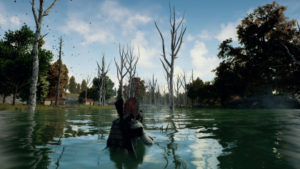 PUBG won the ‘Best Multiplayer Game’ at The Game Awards 2017 along with nominations for the ‘Game of the Year’ and the ‘Best Ongoing Game’.

About its mobile release, Tencent had announced way back in 2017 that the game would be adapted for the mobile, for the Chinese market, but there was nothing more about it, other than the brief announcement.

But now, the game has been unveiled for mobile, is free of charge, and is a remarkably faithful recreation of the PC game.

The game has been released under immense pressure to perform, because Epic Games had 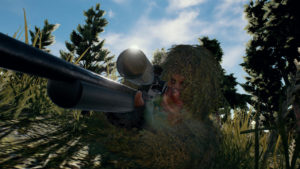 announced the release of Fortnite, another hot new game which is heavily inspired/ copied from PUBG, for iOS and Android. Fortnite became the no.1 app in 13 countries within 12 hours of its release, making PUBG announce a quick global release, which was earlier planned to occur in stages, for Battleground, with the hope of capturing the Android audience, which as of now have no release date for Fortnite.

The global mobile version has also been developed by Tencent, the tech giant behind WeChat, and requires Android 4.3 or above along with at least 2GB of RAM, making it eligible to run on 500+ devices.

The game can be downloaded from the following link: