Meizu 16, 16 Plus will launch on August 8, receives 3C Certification

The upcoming Meizu 16, 16 Plus flagship devices have been certified by 3C Certification before the official launch on August 8. Chinese smartphone manufacturer Meizu Technology Co. Ltd. is set to launch two new flagship devices on August 8 this year and both the devices got 3C Certification. The device model number of Meizu 16 is M882Q and Meizu 16 Plus model number is M892Q.

The 3C Certification Authority of China certified the Meizu 16, 16 Plus smartphones recently before the launch event. The Meizu released a launch poster recently which contains the device front panel look and the launch date. The device display has a minimum bezel with rounded corners. The single front camera and an earpiece are placed on the top of the display.

Meizu 16, 16 Plus Expected Specifications and Features

The upcoming flagship Meizu 16 official poster mentioned that the device will be powered by Qualcomm Snapdragon 845 SoC coupled with Adreno 630 GPU. Meizu could launch at least two variants for this model with 6GB/8GB RAM variant and 64GB/128GB/256GB storage variant. As per leaks and rumors, the display could be a Super AMOLED display with an 18:9 aspect ratio. However, the display size not known yet. The Meizu 16 will be featured with an In-Display Fingerprint Sensor after Oppo, Vivo, Xiaomi, and Huawei.

The Meizu 16 is expected to come with a dual-rear camera set up at the back. The primary camera could come with a 12MP of Sony IMX380 sensor with PDAF, HDR, and AI-Portrait mode features. The device loudspeaker will be enhanced by Dolby stereo sound. It could also have a 3.5mm audio jack. The handset is expected to come with a 7.3mm thinner form factor. There is no other information about storage, connectivity, and battery specs. It will run on Android 8.1 Oreo over latest Flyme OS 7 or higher and it weighs around 152 grams. 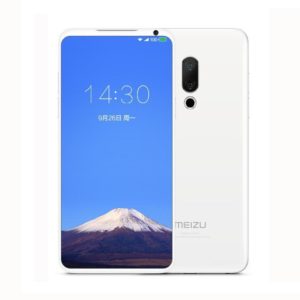 Meizu 16, 16 Plus Expected Price and Availability in India

Similarly, the Meizu 16 Plus is expected to be priced at Yuan 3,299 (Rs.33,490 approx) for the 8GB+128GB variant and the 8GB+256GB model could be priced at around Yuan 3,599 (Rs.36,540 approx). There is no confirmation about the Indian launch till now. However, we can expect it to come to India within the next couple of months after China launch.