Huawei Nova 3 and Nova 3i set for launch on July 26 with GPU Turbo support, will be Amazon India exclusive

The device will be an Amazon India exclusive and ready for pre-order in Amazon’s site. The Huawei Nova 3 will have four camera setup, dual rear, and dual front camera. The company mentioned in their official tweet, ‘A phone that can make you do more. Cameras that can fourfold your view’. Added a tagline – ‘Four-in-one is #Coming4You’. The Huawei Nova 3 and Nova 3i could support AI-based 3D Qmoji feature which will be similar to Apple’s Memoji/Animoji feature. 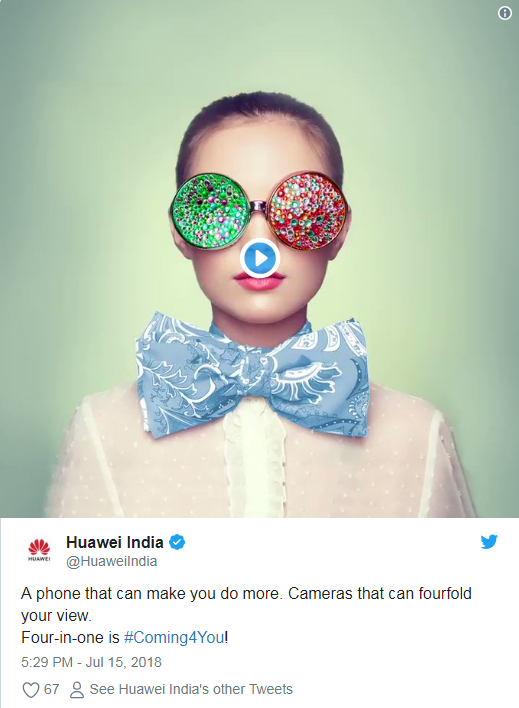 The Huawei Nova 3 will come with a 6.3-inch Full HD+ 19.5:9 aspect ratio display. The notched and curved display will have a resolution of 2340×1080 pixels. The handset will be powered by Kirin 970 SoC coupled with Mali-G72 MP12 GPU. The smartphone will have 6GB RAM and a 64GB/128GB internal storage variant. This one will be the first Huawei Indian smartphone which features GPU Turbo technology. 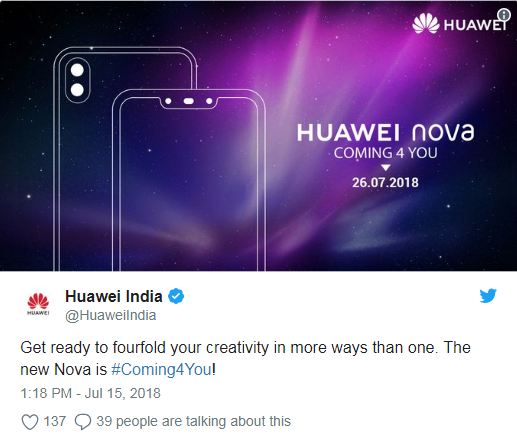 Huawei Nova 3i Specifications and Features

The Huawei Nova 3i specification didn’t reveal yet. Still, we can expect it to come with Kirin 710 SoC coupled with 4GB/6GB RAM and 64GB/128GB onboard storage capacity. The Huawei Nova 3i is expected to feature the dual rear 24MP and a 2MP sensor at the back. The smartphone could be packed with a 3,340mAh battery and will run on Android 8.1 Oreo over EMUI 8.2 version.

It will also have dedicated rear-mounted fingerprint sensor and Face Unlock support. Both the Huawei Nova 3 and Nova 3i device looks quite similar to Huawei P20-series smartphone. The back panel seems covered with glass material with the purple-bluish color combination. However, the device is expected to available in four colors, such as Black, Blue, Purple, and Green. The expected price tag is still unknown.

Samsung Photo Recovery: How to Recover Photos from Samsung Phones and Tablets