How To Use Digital Wellbeing on Any Android Device Easily

by Amit Kumar
in How To Guides

How To Use Digital Wellbeing on Any Android Device

Unfortunately, the Digital Wellbeing feature is only limited to Android Pie which is officially available on Google Pixel and Android One-running devices. But now the Android 5.0 Lollipop or higher version users can freely and easily use that option on any Android device. Thanks to the Chris Lacy, the developer of Action Launcher, has just released an app called “ActionDash: Digital Wellbeing & Screen Time helper” on Google Play Store. 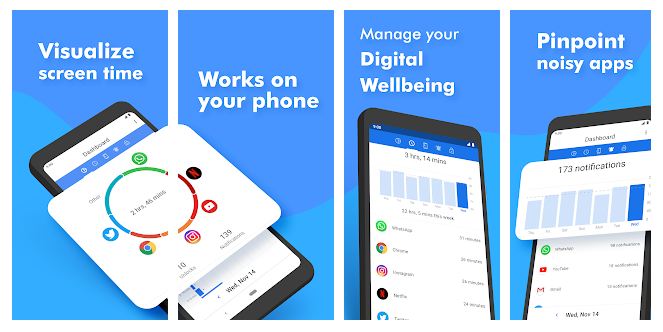 The ActionDash app is just like the Digital Wellbeing app, with a clean and simple user interface dashboard. It also provides all the usage stats based on Daily and Hourly activity, gives you the total time of phone usage in hours/minutes. It also provides you the app launch count, notifications count, screen unlocks counts and more. It’s divided into five sections for a detailed track report. As compared to Google’s Digital Wellbeing Dashboard, this ActionDash app will bring all the usage data in real-time.

You can simply download the ActionDash application on your Android handset from Google Play Store. The app also offers an in-app purchase for premium features which offers backup and restore the data, dark mode etc. Go to this link and install it now.