How to Use Custom Fonts on Samsung Galaxy Devices, Android 7.0 or Above

by Amit Kumar
in Android Tools, How To Guides, News

As we all know, the Android OS and Android devices are easily customizable than iOS running devices. Each and every smartphone OEMs are offering a different kind of customizations and features on their devices. If anyone using Stock Android device then it could be slightly tricky for the users. But if someone uses AOSP-based custom skinned devices, it should be quite easier than expected. Sometimes, the manufacturers provide so many extra added features on their devices after getting feedback from the users periodically. In this post, we will talk about how to use custom fonts on Samsung Galaxy devices running on Android 7.0 or higher.

The Samsung Galaxy devices are so much popular and widely used by people all over the world. From an entry-level to a budget segment to a flagship one, each Samsung devices provides the same user interface and settings except features. While the Samsung Galaxy smartphones come with Samsung Experience UI currently, the users still can’t change the font styles of Galaxy devices. However, the flagship Samsung Galaxy and Note series devices do come with a few font styles by default. But those are very few and users’ have to buy more fonts from the Galaxy Theme Store.

A few weeks ago, Samsung has officially announced the Samsung One UI for the latest flagship and bigger display devices. The One UI update already rolling out to Samsung Galaxy S9/S9 Plus and Galaxy Note 9 devices officially with Android Pie. Now the one of the XDA Senior Members Sathishtony has recently released an application called GxFonts and it changed the game completely. This app works on all Android 7.0 or above running Samsung Galaxy devices without any root.

The app is free of cost and easily available on Google Play Store. It doesn’t require root access and it will work on all Samsung Galaxy Note-series, S-series, J-series, C-series, A-series of devices. It will work on Android Nougat, Oreo, and Pie running Galaxy devices. The following features are mentioned about this application.

The app is rated 4.6/5 stars based on 80 users and has been installed over a thousand times. This application offers in-app purchases as well. You can download and use this app from here. Just install and enjoy! 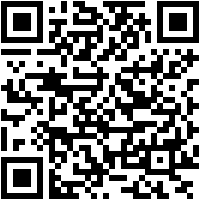