Google will shut down the social following network Google+ after the data leakage of almost 5,00,000 users by a bug for more than two years. This loophole is found by some external developers and that’s a very big issue considering the userbase and following in technology and internet field currently. The tech giant company mentioned in a blog on Monday 8th October that the issue has been found and patched already in March this year. They also said that there is no evidence of misuse of user data or any type of vulnerability.

Google+ shutting down by Alphabet

The shares of its parent company called Alphabet Inc were down 1.5% at around $1150 due to this data breach and now most of the tech companies in the United States are facing privacy issues. Earlier The Wall Street Journal reported that Google has opted not to disclose the issue with their API system due to afraid of regulatory scrutiny, bad impressions, and internal documents. 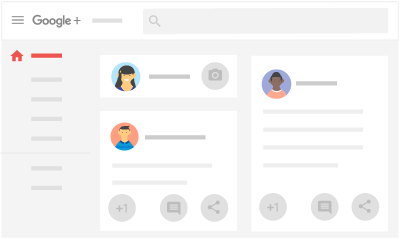 Whereas, Google announced that they had reviewed the issue closely such as types of data involved, users information. But no proper misuse evidence found or any API issues. Under the European Union’s General Data Protection Regulation (GDPR), if any personal data is leaked, the responsible company needs to inform a supervisory authority within 72 hours, unless and until the breach is unlikely to cause any issues to the rights and users.

The engineering professor at Ivy League college Dartmouth, Geoffrey Parker said, “It looks like the company intentionally hid the information about the data breach from their users due to avoiding regulatory scrutinies. But this is a bigger mistake than the after results of scrutiny.”

After the serious user’s data breach of Facebook, now Google is on the list. Google is simply don’t want to disclose the reports as they only kept logs (diagnostic files) on Google+ for two weeks. It’s more likely possibility of breaches such as particular profiles and access private data like sex, profession, name, location, photo or email address. However, Google didn’t use any services like Facebook to exploit the user’s data for the commercial purpose.

All of us is more likely possible to use Google and its services but Google+ isn’t used by all like Facebook or Google Chrome or Maps. That’s why the affected data is not that big.