by The Droid Guru Staff
in News 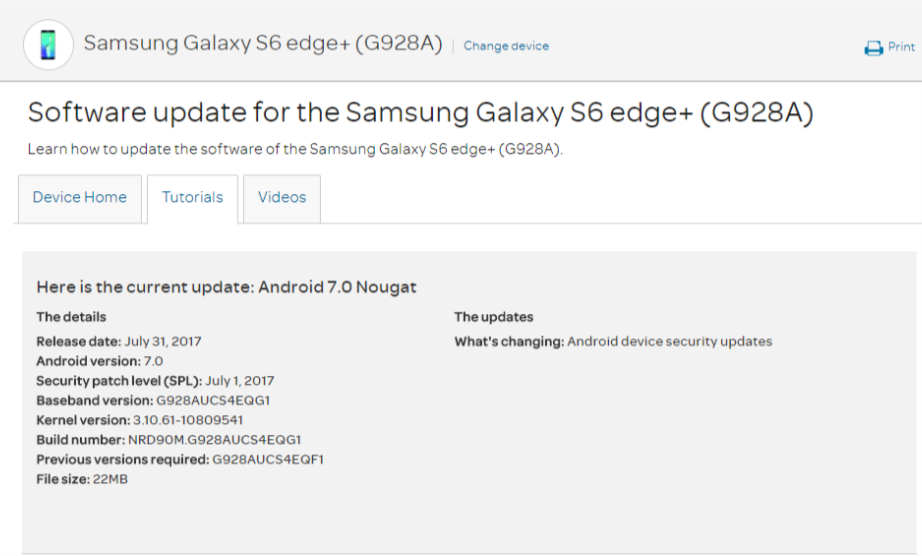 The update is an incremental update weighing at only 22MB.These updates are rolling out via OTA (Over The Air).The update may take a few weeks to reach all the corners of the Globe.You can also manually check for updates in Settings > About device > System updates.

We highly recommend users to update AT&T Galaxy Note 5 and S6 Edge Plus to the latest Security update so that your phone will be safe from any malware attacks.Before installing the update make sure your device has at least 60% charge and is connected to a stable WiFi Network with good speed.

Galaxy S8 and S8+ get Daydream VR support via an update

How To Unbrick OnePlus 5 Phone With Official Unbrick Tool

How To Unbrick OnePlus 5 Phone With Official Unbrick Tool

How To Install Amazon App Store On Any Android Device