Xiaomi yesterday on August 22 launched their sub-brand flagship smartphone called Poco F1 in India. This one is the most affordable flagship grade smartphone by any company in India till now starts at Rs.20,999 only. Xiaomi also announced a newer version of MIUI especially for Poco F1 device called “MIUI for Poco” integrated with Poco Launcher. This Poco Launcher Beta will be available officially on Google Play Store from August 29, 2018, and today on August 29 (Wednesday), it’s released on Play Store. The Poco launcher beta apk file is also available for download on any Android devices respectively.

The Poco F1 is powered by the octa-core Qualcomm Snapdragon 845 SoC coupled with Adreno 630 GPU. It has the Qualcomm liquid cooling technology which will keep the device cooler even in heavy usage. It has three variants with 6GB/64GB, 6GB/128GB, and 8GB/256GB model. However, the storage can be expandable via MicroSD card up to 400GB as well. The device is packed with a bigger 4,000mAh battery with Qualcomm Quick Charge 3.0 support. The device does have all the major sensors including the rear-mounted fingerprint sensor and an Infrared Light sensor for Face Unlock.

The Poco F1 comes with a dual rear camera of a 12MP+5MP sensor with LED flash and the front has a single 20MP AI camera with so many features and options. The display is a 6.18-inch Full HD+ resolution with a notch. All other connectivity options like 3.5mm audio jack, USB Type-C port, Bluetooth 5.0, 4G VoLTE, Wi-Fi, GPS etc. are available. 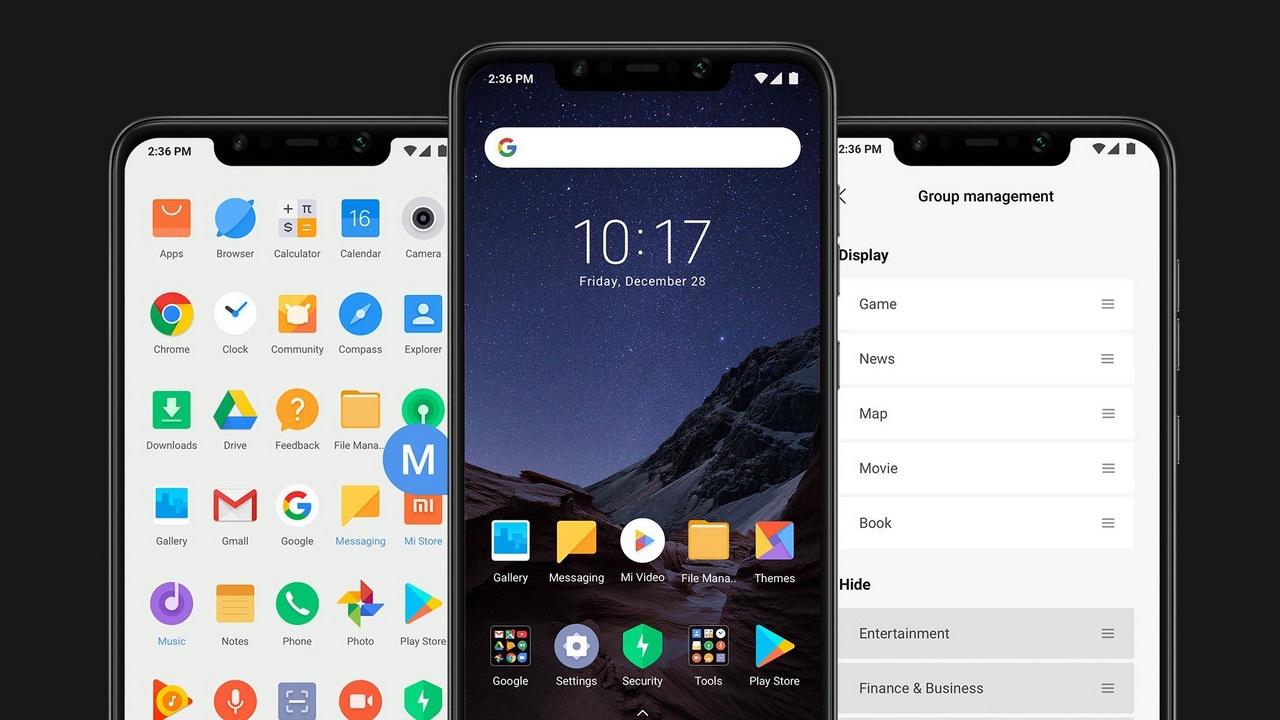 The MIUI for Poco ROM is simply optimized for the optimal performance with increased touch response time for the Poco F1 smartphone. It ensures the Turbocharging technology for faster startup, foreground app task, smoother UI, and the faster Android updates with the latest security patch. So, the MIUI for Poco ROM is slightly better than the regular MIUI and up to 28% faster than the OnePlus Oxygen OS, mentioned in the launch event officially.

However, all the Xiaomi MIUI running devices and any Android devices can install and use the Poco Launcher as well. The Poco Launcher features a new app drawer, recently used apps, categorized apps with colors, customizations, search bar, and supports third-party icon packs as well. So definitely, the new UI and launcher can make a difference in the user experience.

Please Note: Any Android smartphone will be capable of running this launcher. Currently, the launcher is in beta version or you can say Unreleased version so all the official customizations and features won’t be available for now. The app is now available on Google Play Store officially and already installed around 10,000+ times.

Meanwhile, the Poco Launcher Beta apk file is now available and you can download it from given below link (provided by XDA Developers). Otherwise, you can wait for the official release on Google Play Store on August 29.

Download the .apk file on your smartphone and install it. You’re done. Enjoy the official beta version.