Samsung India has rolled out a new combo deal wherein the buyers of the recently unveiled flagship Samsung Galaxy Note 9 can procure the Galaxy Watch for a price of Rs. 9,999.

The Samsung Galaxy Watch was unveiled by South Korea based smartphone manufacturer at the Galaxy Unpacked event last month. It, however, made its way to the India market last week only.

The above-mentioned discount is applicable on the 42mm version only.

The Galaxy Watch is a successor to Samsung Gear S3 and is the first smartwatch from the brand to arrive under the Galaxy moniker instead of the usual Gear moniker. It has an AMOLED circular display which is protected by Gorilla Glass DX panel. The watch runs over Samsung’s own OS, the Tizen OS and features an always-on display which can be tweaked to feature analog watch ticks also.

The revelation came from a Mumbai based retailer, Mahesh Telecom which in a tweet stated that the promotion would be lasting till the 20th of October, starting today with 15th October as the start of the redemption period through Samsung’s MyGalaxy app.

The Galaxy Watch comes with LTE connectivity also, in order to provide an independent watch experience, decreasing the reliance of the device on the smartphone. It comes with improved fitness tracking and a better lasting battery. 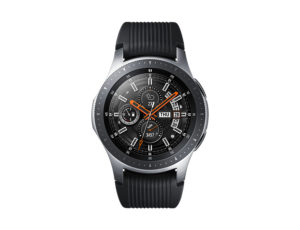