After so many rumors and leaks, the device announced officially. Samsung and AKG have given time to this speaker for better AI Assistance support with audio quality. The speaker is powered by Bixby Virtual Voice Assistant feature which will do almost the same things as Google Home, Amazon Echo, and Apple HomePod. The officials mentioned that during the launch event that the new Bixby Assistant is quite powerful than the Amazon Alexa. The speaker covered with the soft fabric material and it houses volume and playback controls over the top. The three leg stand looks different than the existing speakers. 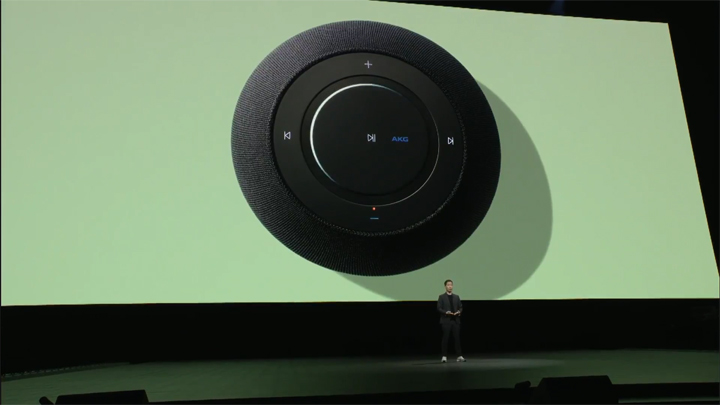 The smart speaker does have the subwoofer onboard with 8 far-field microphones for better noise cancellation. The audio system is tuned by Harman’s AKG audio which will produce a better music bass as per environment. You can do most of the things including asking anything, play music, connect your smart home devices via Voice control. Samsung also announced the partnership with the Spotify music which will allow listening to music via online.

The price and availability aren’t announced yet by the company. However, as per the reports, the Samsung Galaxy Home speaker could be released for sale during Samsung’s Developer Conference in San Francisco later this year.