Apple is a company that heavily influences smartphone brands and trends in the technology industry. Even after being heavily criticised for the removal of the headphone jack, other smartphone manufacturers followed suit. This is the case with the highly controversial “notch” from iPhone X as well. We have already seen a lot of smartphones adopt the notch design and expect many more to do so. The Oppo R15 and the R15 Plus are one of them.

Oppo had teased the two smartphones last week and now the smartphones have been certified by TENAA. We know come to know all the specifications of the device and more about the aesthetics, thanks to a video teaser. 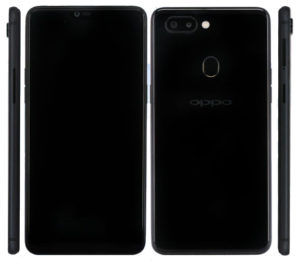 The Oppo R15 will sport a large 6.28-inch AMOLED display with a weird aspect ratio of 19:9 (thanks to the notch) and an insane 90% screen-to-body ratio. It will be powered by the Snapdragon 660 SoC, a quad core chipset clocked in at 2.2GHz backed up by the Adreno 512 GPU. This is coupled with 6GB of RAM and 128GB of on-board storage which is expandable upto 256GB via a microSD card.

As for optics, a dual camera setup has been confirmed by the video teaser. It will reportedly consist of a 16MP primary camera backed up a 5MP secondary lens. Upfront, a 20MP selfie shooter is expected. The Oppo R15 will run on Android 8.1 Oreo with the company’s ColorOS on top.

As is expected from smartphones released in 2018, the Oppo R15 will have an USB C port with support for Bluetooth 5. A 3365mAh battery will provide juice to the handset and VOOC Fast Charging support is expected.

The Oppo R15 Plus on the other hand will carry the same specs except for a bigger screen and a beefier battery.