Motorola has just recently launched the Moto G5 and the Moto G5 Plus smartphones worldwide and the phones have been received quite well in the different markets across the globe. Motorola is also plannong to release the Moto Z series of smartphones early next month but before that, the Moto G5 Plus has got an update via Motorola. This update is a general performance improvements and a bug fix update and doesn’t include any security patch or software upgrade.

Nevertheless, the update has been reportedly very useful in fixing some bugs on the Moto G5 Plus. The update weighs around 214MB and includes significant fixes. Arriving as build number NPN25.137-67, the update brings stability improvements and fixes few bugs. It also tags along data traffic improvements as well enhances audio quality of video recording. Another notable change brought about by the update is altering the VoLTE icon in the status bar from VoLTE to 4G. 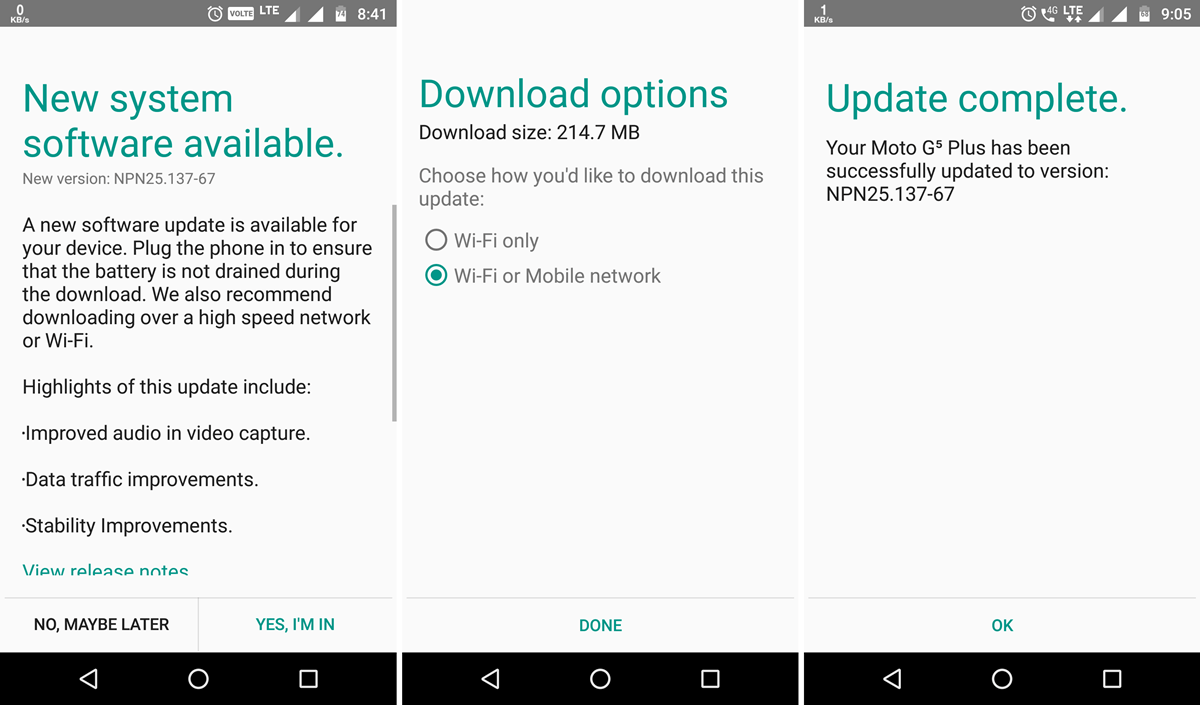 Other notable changes according to the official update changelog consist of Improved audio in video capture, Data traffic improvements, Stability improvements. The update is being rolled out over the air. In case you want to know if your Moto G5 Plus is eligible for the update or not, head to Settings > About device > System updates.