Motorola has started rolling out the April security patch update to the Motorola Moto Z Play which is a budget-friendly version of the company’s flagship, the Moto Z. The Motorola Moto Z Play has been running on a near-stock Android ROM so it is not very surprising to see the update to the Moto Z Play come early. Motorola also takes pride in device security and maintenance however the company has been criticized for not giving updates to some of their devices.

The Motorola Moto Z Play is receiving a new security update in the U.S. The Z Play is already running Android Nougat, but this new update only installs the latest security patch. If you’ve got a Moto Z Play, you will be or you may already have received the notification for this update. The update is a not a major one, and it installs the April Android security patch. You will receive the update over-the-air.

The build number for the new update is NPNS25.137-24-1-9 and we highly recommend that you download and install it right away. There are no other features or enhancements included in the update. 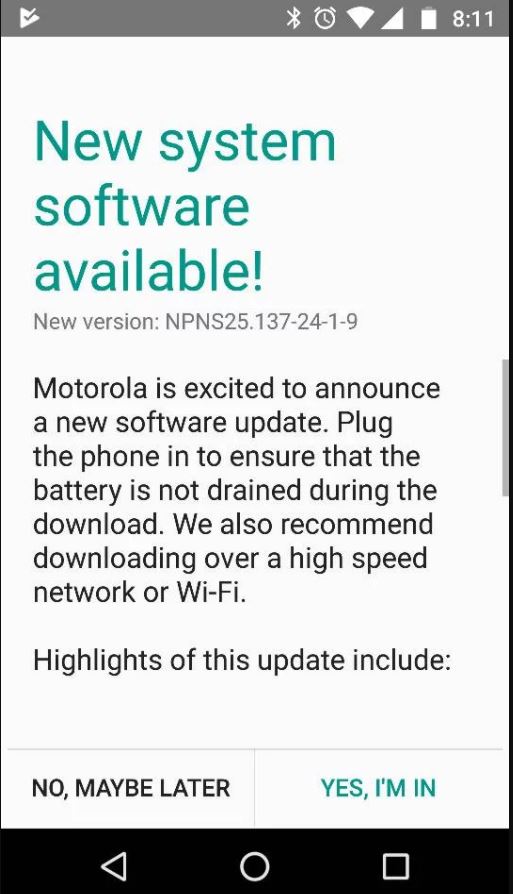 One thing worth noting is that the April security patch on the Moto Z Play brings some bug fixes as well as performance improvements along with the security patch so the update is highly recommended to be installed on your phone as soon as possible. The update has to be downloaded on the phone which is connected to a strong WiFi network to ensure that the update has been downloaded properly. Also make sure that your device has atleast 50% battery left so that there is plenty of battery life after the update has been installed on your device. Also make sure to backup your data before installing the update to make sure all your data is not lost.

Android O Developer Preview 2 BETA build has been released at the Google I/O.

Smartisan Nut Pro gets an OTA update coming in as Smartisan OS v3.6.2.

Smartisan Nut Pro gets an OTA update coming in as Smartisan OS v3.6.2.