The Huawei sub-brand Honor View 10 handset was launched back in March this year in the US. The device was the affordable edition of the Huawei Mate 10 Pro. The smartphone was also launched in India but didn’t get that much of success in terms of the specifications and features. However, the device gets so many updates with some new features periodically. Now the Honor View 10 gets a new update which includes GPU Turbo and camera improvements.

The latest software update brings the AIS (Artificial Image Stabilization) feature for the camera, GPU Turbo feature for optimal gaming performance, latest Google security patch, and the user-agent supported bug fix for Airtel carrier. The update size is around 472 MB with the version of BKL-L09 8.0.0.170 (C675CUSTC675D1) most probably. Huawei this year revealed the GPU Turbo feature for the entry-level and mid-range EMUI running devices. This feature will improve thermal throttling during the longer and graphic-intensive gameplay. 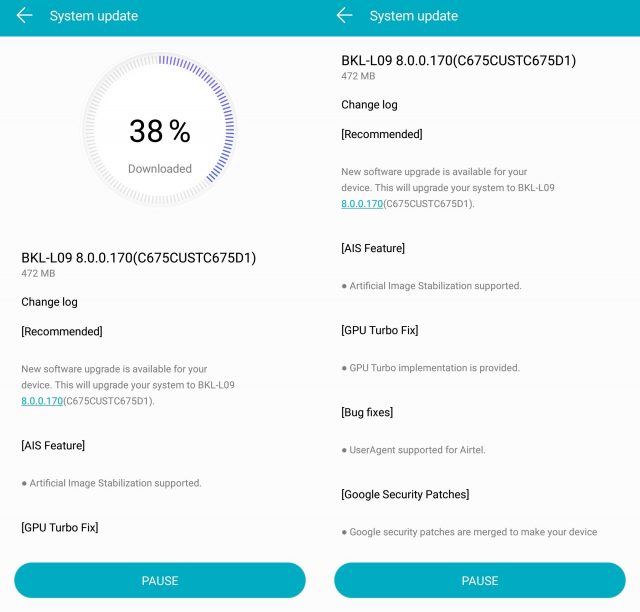 The new AIS feature is also quite good in terms of the AI-powered enhancements. By the AIS the Honor View 10 can record smooth stabilized videos. The update is rolling out via batches and it could take some time. So, the users have to wait for the official OTA update.