Facebook Messenger Dark Mode will be rolled out soon 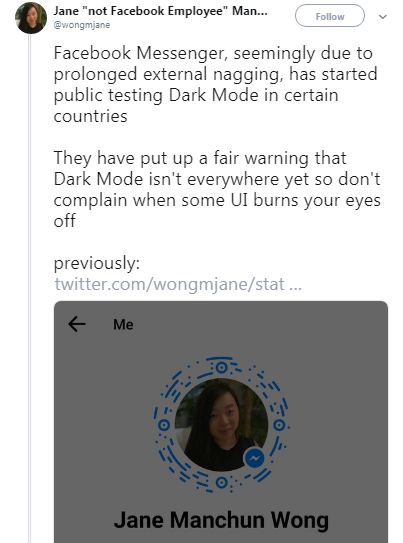 The testing mode is in progress and could take a few weeks more. That means we can expect the Dark Mode feature on Facebook Messenger app very soon. Meanwhile, it’s also expected that the icons and some other parts of the UI will remain untouched. Only the Messenger home screen, chat list will be changed to Black UI. This feature will save the battery consumption and give relief to your eyes based on your usage activity. For the OLED and AMOLED display device users, it will work more properly than LCD panels.