However, BSNL is the only operator which is owned and operated by the Government of India and they are now planning to cater to the general public as well.In order to celebrate the occasion of Maha Shivratri, a festival in India where Lord Shiva is worshipped, BSNL has introduced a new plan for its prepaid users which the company calls as ‘Maximum’ plan.

Now, this plan can be rightly called as a max plan as this offers all the things for a maximum validity also. Talking about this Maximum plan, you will have to make a one-time recharge of Rs. 999 on your BSNL number and you will get this plan activated for the next one year from the date of recharge without any extra cost. 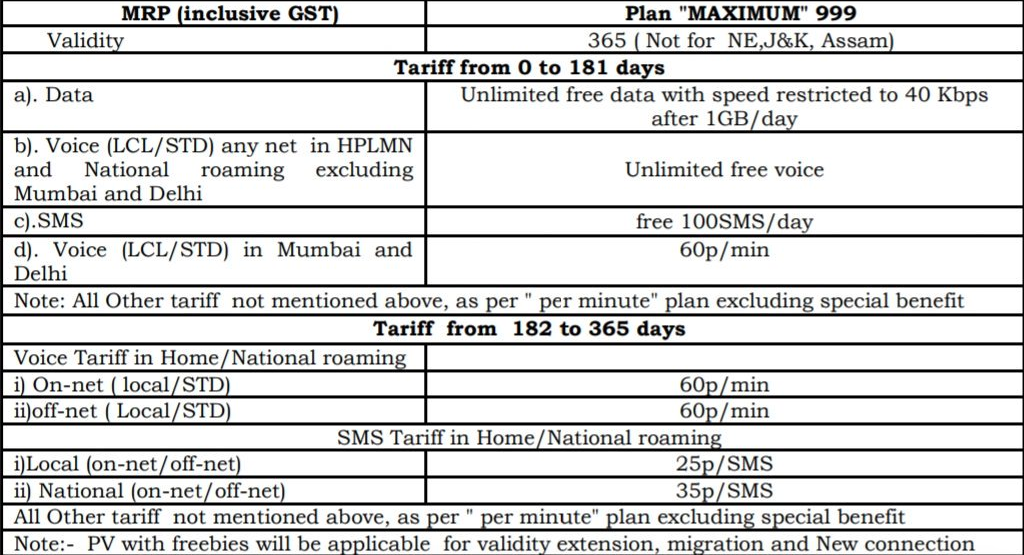 Talking about this plan, you will get a 1GB per day data limit for the next one year as well as there is the inclusion of free unlimited voice calls in this pack as well. Do note that the voice calls to Delhi and Mumbai will not be included in this pack and they will be charged at 60 paise per minute. Apart from that, this pack is not available for the BSNL users of Jammu and Kashmir and Sikkim

Also, we have seen that there are similar plans of Rs. 999 from Jio and Airtel but BSNL offers double the validity as compared to the other two operators.

Samsung halts the Android 8.0 update for the Galaxy S8