The Nokia 5 and the Nokia 6 2017 are receiving an update to Android 8.1 Oreo reports NokiaPowerUser. The devices have been running Android 8.0 Oreo since January. Nokia 5 and Nokia 6 are the second and third devices from HMD Global to receive an update to 8.1 Oreo, with Nokia 8 being the first to receive the update in the month of February.

The update includes, as per the official changelog, a new settings menu, update to the 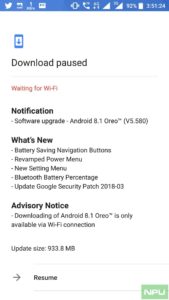 HMD Global is continuing to amaze with the speed with which it is rolling out updates. The company entire slate of devices is running Android 8.0 Oreo. Which is quite impressive in an era where it takes most OEMs months to release update even for their flagship devices. At the MWC’ 17, while launching its initial set of devices, HMD Global had promised the availability of fast updates, and as of now, it is able to maintain it. 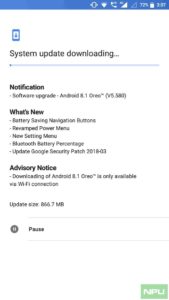 Both the Nokia 5 and Nokia 6 were released by HMD Global at the MWC’ 17. The devices became the most talked about ones at the event giving HMD the initial hype and momentum.