In a quite non- Samsung fashion, Samsung has finally made the Galaxy J4+ and the Galaxy J6+ official.

The devices have been made official by Samsung without any formal launch event or amid much fanfare, just a simple online launch in which Samsung has detailed the entire specifications of the device as well as official images. 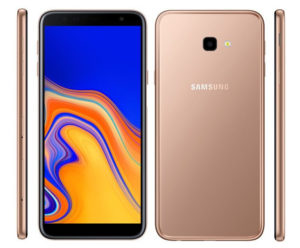 A quad-core Snapdragon 452 SoC powers the device along with Adreno 308 GPU in charge of processing the graphics.

The dual- SIM device comes with Android 8.1 Oreo out-of-the-box with Samsung’s own custom skin on above.

A 3,3000 mAh battery fuels the device giving it enough juice to last the entire day. 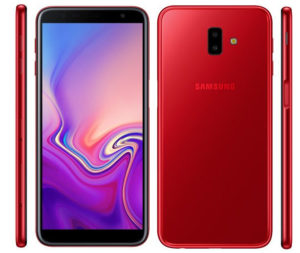 The device is powered by a 1.4 GHz Quad-core Qualcomm Snapdragon 425 SoC with Adreno 308 GPU.

The Samsung Galaxy J6+ comes with 3GB of RAM and 32GB of internal storage, which is also expandable up to 256 GB.

In the optics, the Samsung JG+ has dual cameras on the back with a 13MP main camera and a 5MP secondary camera.

In the front, the device has an 8MP camera with LED flash also.

What Samsung has done uniquely here is that the company has opted to go with a side- mounted fingerprint sensor, which is something that is not to be seen in such devices.

The J6+ also comes with a 3,300 mAh battery which would last throughout the day for casual to moderate users.

Both the devices have a 3.5mm headphone jack also and come with Android 8.1 Oreo with Samsung’s custom skin above it out of the box.

Samsung is yet to formally announce the pricing and the availability details of the devices.